Deciding between a business network or isolation 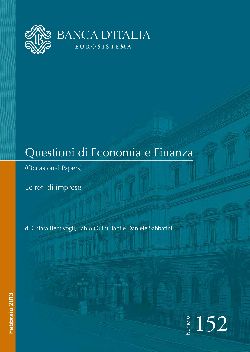 The concept is not new. Together, we produce better and can grow more easily. Nonetheless, awareness of this principle has not yet led to the creation of the type of network of businesses that would point to a different approach to the matter or, above all, to a culture of enterprise that is able to look beyond obstacles.

This has even been reiterated by the Bank of Italy in a study led by three of its researchers (Chiara Bentivogli, Fabio Quintiliani and Daniele Sabbatini), the results of which have recently been published in the series Questioni di Economia e Finanza.  Le reti di imprese (The network contract) brings together economic reasoning, the legal framework and empirical evidence to describe the current state of the “network contract”. As the efficacy of the industrial district fades, these districts could actually become the means by which businesses can return to growth. Having been legally defined at least as early as 2009, these districts have found it difficult to get into the right gear.

And yet networks could do quite a lot. The could promote innovation, replace the need for growth of the individual component parts, create greater strength in research and in the marketplace, and bring together manufactures both large and small.

But why have they not yet taken off? Behind their partial success are technical matters, legal issues that have yet to be clarified, and age-old distrust of Italian businesses – especially the small to mid-sized ones – to “get together” and to work together towards a common goal. In short, many businesspeople still think that their own house is better, even if a bit rickety, because at least it’s theirs, rather than having to share the wealth with others.

To better understand this phenomenon, the authors also look into real-life cases such as the DicoNet network of businesses (in Trento and Bologna), the Olonetwork Companies (which includes businesses in Modena, Pisa and Pesaro-Urbino) and MecNet (made up of companies in Udine, Brescia, Naples and Milan).

And the result is clear: it’s the right way to go, but it needs to be perfected, both in the underlying rules and in the way in which businesses are approaching the topic.