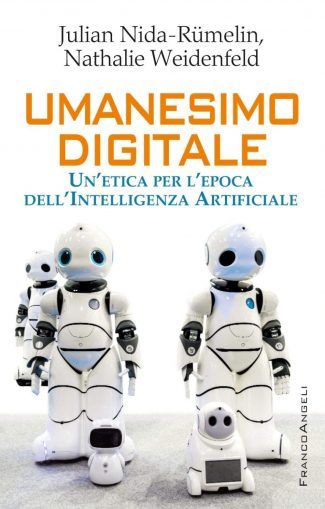 Machines versus men. Machines at the service of men. Thinking machines. Living machines. The theme of the digitalization of processes (of various kinds) connected to the development of Artificial Intelligence, is alternately seen as a threat and an opportunity, as a paradigm of the brightest future possible for humanity, or as an example of that black hole in which the same humanity will end its existence. That also applies to production and business. Machines, therefore, that will mark the end of (human) work and that therefore also here, depending on the viewer, will mean poverty and misfortune for workers or wealth and happiness instead. It is evidently between these two extremes that we need to look for the true meaning of what is happening. Reading “Digital Humanism: An Ethic for the Age of Artificial Intelligence”by Julian Nida-Rümelin and Nathalie Weidenfeld serves this purpose. And it serves it superbly.

The book, by the very declaration of those who wrote it, is not just a scientific text, but something different, because it seeks to bridge the gap between philosophical reflection, cinema, literature, the natural sciences and information technology. All to outline what is called “digital humanism” and that is “something that meets human beings where they are without being hostile to technology. It differs from apocalyptic positions because it trusts in the reasoning of human beings and from euphoric positions because it considers the limits of digital technology”. The opposite, that is, of what the authors call the “ideology of Silicon Valley” and which is nothing but a position attentive to the needs of technology and to those of men.

Apparently a more than natural and sensible approach. In reality, something very complex to deal with, because, all things considered, not exactly measurable and codifiable.

Nida-Rümelin and Weidenfeld therefore undertake a unique journey that employs not only the results of science but also, and above all, those achieved by philosophers, psychologists, sociologists, economists and politicians using suggestions from literature as well as from cinema. The result is a journey that touches on everyday life, feelings, mechanisms of choice, those of process optimization, economic rationality, morality, friendship, ethics of course, communication, culture, education, democracies, social living and more besides.

The two authors write in a passage of their conclusion that digital humanism contrasts the ideologization of digital technologies with “an attitude of sobriety”.

The book by Nida-Rümelin and Nathalie Weidenfeld can be read quickly, but it should be read carefully. And perhaps reread.