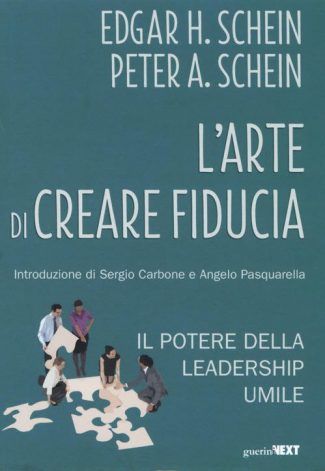 Recently published in Italy, a book which seeks to outline a new approach to business management

A truly wise man is humble. A true entrepreneur is always attentive to others and their teachings. These aren’t ‘laws’ but real-life observations. In a complex scenario like the one currently faced by the economy and production sector, the most successful businesses on the market are those that observe the outside world and are open to change, places where the emphasis is above all on working together. In other words, it would seem that in the long run the real key to success is humility and a predisposition to listen, to understand and to consider the environment surrounding the factory, the local community and the social system in which the business operates. The time for superheroes seems to have passed.

These are the premises behind Humble Leadership: The Power of Relationships, Openness and Trust, a book written by Edgar H. Schein and Peter A. Schein (the former an expert in social and organisational psychology, the latter senior manager of numerous organisations around the world).

In other words, the argument of the two authors begins with the observation that traditional forms of leadership are now struggling to keep up with changes in the working world, where static hierarchies and the ideals of superhero leaders are growing increasingly ineffective. There is therefore a need for change, pinpointed by the two authors as a more collaborative form of management which, guaranteeing open communications based on trust, makes it possible to innovate and adopt more collaborative approaches to solving problems than in the past.

This is where the power of humility comes in. Edgar and Peter Schein advocate a new take on leadership, the key to which is humility, based on a deep understanding of the complexities of interpersonal relations, where attention is focused on group dynamics and collaboration. This is what the two men define as ‘humble leadership at every level.’

The book therefore examines the concept with an approach that begins with an analysis of reality and ends by identifying the features of a new method of business management.

The two authors write: ‘This book is about reasserting that the core of organizational longevity is in the interaction of social, emotional, and cooperative whole human beings in various kinds of personal relationships to each other.’ So the focus is on success, but also on others.

The book by the Scheins therefore attempts to give a theoretical but above all an operational structure (partly through a series of case studies) to a business approach that is increasingly relevant in the contemporary world.