Real learning through play, even in companies 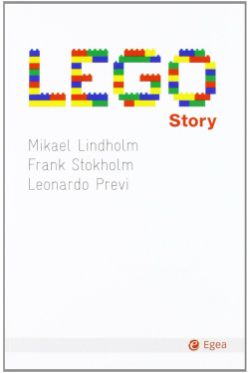 Brick by brick, a castle that remains standing, century after century, can be built. Toy building brick by toy building brick, some have even built up a company, Lego, beloved by millions of people but which, if we look into its history, has not always had an easy time of it. This story, the history of Lego, is however an example to be told in order to understand how a company with a successful product can even risk bankruptcy and later rise again.

The story of Lego has been told by Mikael Lindholm, corporate manager, and Frank Stokholm, journalist, in their Lego Story. A book which can be read like a game yet which covers at close hand the life of one of the most famous companies in the world, from its incorporation as a wooden toys factory in a Jutland village in the Thirties up to its decline, almost smothered by the success of its product which however could not beat competition from electronics, and subsequently its very recent rebirth.

The Lego story is also the story of a family of entrepreneurs, the Kristiansens, tackling all the problems of growth of their firm, of the generation change between fathers and sons, the approach to modernity and new technologies, common to very many other “family firms”. All this based on two principles that apply to everyone: the objective must not be that of becoming the largest toy manufacturer but the best, while it is important to consider not those who buy the product but those who use it.

The book also has a second part, written by Leonardo Previ, professor of economic history of culture at the Università Cattolica of Milan, which tells how Lego building bricks are also used to bring life to a methodology of organisational development born in the research departments of the IMD in Lausanne which has entered managerial training classrooms all over the world. In managers’ hands the building bricks become a tool for speeding up internal communication and decision-making processes. In other words, playing is educational too.