The many shades of Italian business culture 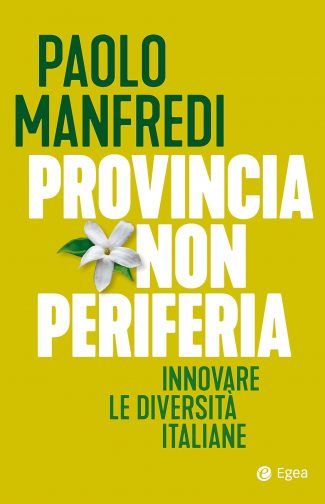 The culture of manufacturing and production in Italy takes myriad forms. It is a living, breathing culture, not a theoretical one. As a corporate culture it is found all over Italy. It is one of Italy’s strong points when it comes to doing business, and much more besides. The things which make our country great are unique in the world, but they also increase the difficulties we must face, starting with the relationship between city centres and suburbs. It’s a matter of no small importance that production in Italian suburbs must be properly understood in order to find new ways to boost local areas. Most importantly because these are the areas that have put their spirit and hard work into the country’s manufacturing.

Reading Provincia non periferia. Innovare le diversità italiane (‘province not periphery: innovation in all Italy’s areas’) by Paolo Manfredi, helps better understand the situation of the many local areas, or provinces, of Italy. Today these areas are in crisis, but they can get back on the crucial path of modernisation and bring the rest of the country along with them in the process.

The book (just over a hundred pages long), is based on the observation that the development of the digital economy and ever-increasing urbanisation, together with the long economic crisis, seem to have created stress never seen before. This is affecting Italy’s ‘biodiversity’ and its key habitat: the extraordinarily rich and unique world that is the province. In other words, resources for redistributive policies, to protect the needs of local areas, have vanished. In addition, the digital economy has rewritten the rules of global competition through platforms, both virtual and physical. The more efficient and profitable, the more they are scalable and able to reduce differentiation, essentially flattening them. In this new environment, the Italian province is at risk of being reduced to an out-of-date concept.

And yet, according to Manfredi, by taking advantage of the characteristics of the provinces, it is possible to restart and create new development based specifically on Italy’s unique production culture. Therefore the suburbs can become a sort of laboratory for experimenting with a new paradigm of radical innovation. This will involve including those who have so far been excluded, and creating value from the diversity in skills, cultures and local areas.

The book identifies three things: the digital modernisation of manufacturing as the key to modernising provinces; creating strong connections between local areas, people and skills that are geographically distant; and using Milan as the ‘accelerator city’ for the whole country, as it is currently the only Italian city that is globally important in terms of development.

To explain this, Manfredi begins his first chapter with an image captioned ‘All roads lead elsewhere,’ before moving on to a description of the geography of the Italian suburbs and then diving into ‘intelligent manufacturing.’

Manfredi explains in his conclusion that the country possesses ‘extraordinary resources’ but that this ‘power’ must be transformed into ‘action.’ The book also outlines ways to take action after the analysis.