An unexpected side to business life 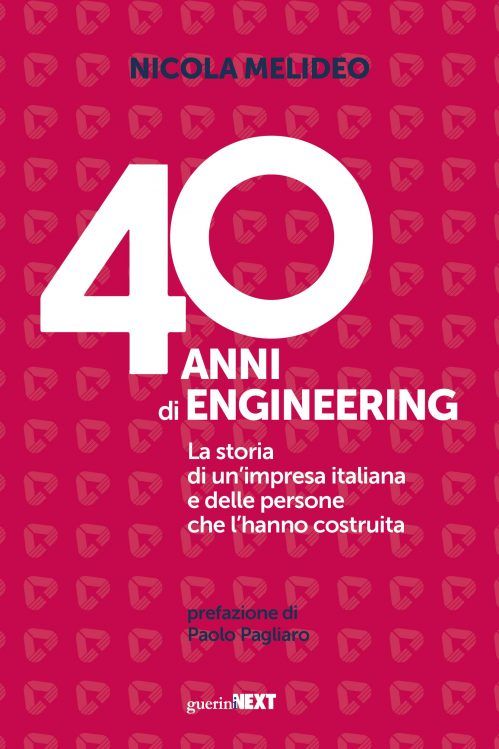 The story of Engineering, from technology and institutions to strong personalities

Learning about good corporate culture from the stories of others – by no means a new task, but one that is nonetheless important. Because practice rather than theory is the key to grasping the meaning, motivations and the steps that constitute an entrepreneurial and managerial approach that makes a company so much more than an organisation created in order to produce, and to make profit. This is the case of the story of Engineering – Ingegneria Informatica SpA, as recounted in a book by Nicola Melideo.

“40 anni di engineering. La storia di un’impresa italiana e delle persone che l’hanno costruita” (40 years of engineering: the story of an Italian business and the people who built it) is the well-written tale of one of the leading ICT companies of recent decades, and it is a story with two sides: on the one hand, it represents an important account of work and of humanity, while on the other, it is a book that addresses the ability to unite the story of a business to that of an entire sector – IT, in this instance – that has transformed the world and itself over the last 40 years.

The company in question was founded in 1980 as a software house, with a view to taking up the challenge posed by Olivetti – namely that of being an IT company with an Italian head and heart and multinational legs and arms. A journey that, as we have said, began when the computerisation of Italy first started – taking its first timid steps in a sector that immediately proved to be both complex and highly competitive – and which brings us to the present day, in which Engineering is now a “global player” in the sector with 65 offices around the world and more than 12,000 employees. However, the company is very different from the one imagined at the start of everything.

The story the book tells, however, is more complex than it may first appear; in it, the development of the company is intertwined with that of the country, but also with the lives of the strong-minded individuals who have worked within the business over the years. It is a story that is also littered with divisions and defeats, although these are always accompanied by the “sense of being part of an enterprise”, a feeling that makes all the difference. And at a certain point, this feeling almost seems to imbue the company a life of its own, beyond that of the individual personalities working there. The end of the story for Engineering is certainly different to the one we might have imagined at the beginning of the book;

indeed, Melideo’s work is more than the standard (and somewhat predictable) story of a business, but rather something more complex, and thus more useful to read.