Music returns to the workplace

Over three hundred young people packed the Auditorium at the Pirelli Headquarters, on Thursday, 21 November 2019, to attend an event entitled Bach: Music and Science in the Factory. Engineers and musicians came together on stage to explain to middle- and high-school students about the invisible but close bond that unites the magic of musical notes with mathematical numbers. Maestro Salvatore Accardo’s violin led the way, starting with Bach – who more than anyone expressed the relationship between music and mathematics – and reaching all the way to the perfection of robotic movements in the factory, which follow a sequence like a symphony, adopting the algorithms of Industry 4.0 like the system of marks on a pentagram. 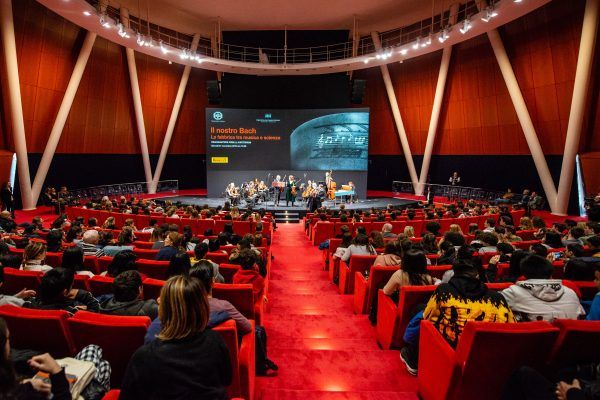 Bach: Music and Science in the Factory
The Factory through the Eyes of Artists, in Images, Words and Music
“The Factory Song”, where digital industry and music meet
Load more