A Muse in the Wheels

When advertisements were works of art. There were great celebrations in 1922 for the 50th anniversary of Pirelli, which saw the opening of the Museo Storico delle Industrie Pirelli in the Sala del Camino at the Bicocca degli Arcimboldi. It was here that innovative infographics – production data, views of the factories, and the famous “tree of internationalisation” – were made for the fiftieth anniversary by Domenico Bonamini and Uberto Baldi.

In 2015, the same works were again shown to the public in the open space of the Pirelli Foundation, linking the historical museum of back then to the Historical Archive now preserved and managed by the Foundation. This made it possible to retrace the different ways in which advertising messages have been conveyed over the years, through to the 1960s, which were a moment of enormous creativity thanks to the immense impact of the Cinturato. Like a muse, the tyre inspired the artist: it was indeed a muse in the wheels. 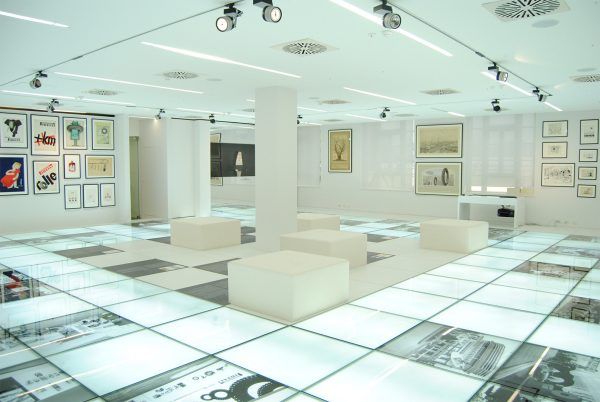