The first Pirelli library was set up in 1928, when a subscription library with 800 books was made available to personnel who were members of the Dopolavoro Aziende Pirelli, the workers’ club. It was one of the first examples of a company promoting reading and the start of long tradition that Pirelli has continued to this day with company libraries in the Headquarters at Milano Bicocca, in the factory in Bollate and in the Industrial Centre in ​​Settimo Torinese. But there is more, for the company has also been collecting scientific texts for over a century, and these now form part of the Scientific and Technical Library at the Pirelli Foundation. The panorama of Pirelli libraries ends with the Pirelli Foundation Library, which has books ranging from the history of the company to corporate communication.

The libraries tell their story

A Story As Long As…
... a dachshund, an airship, a comet. These and other subjects hatched by the imagination of Pino Tovaglia stretch out across the 56 pages of Una storia lunga come, published by Lazy Dog. This game-book was presumably created in the late 1960s or early 1970s, when Tovaglia was working with...

Rosellina Archinto and Emme Edizioni, which at the time was the only Italian publishing company for children’s books that published works created by designers. This unique exercise in style, adapted for contemporary publication, takes us into a story as long as, and as great as, the imagination and creativity of Pino Tovaglia, one of the most remarkable figures in international design and graphics of the twentieth century. Tovaglia started his career as an assistant to Carlo Carrà at the Scuola Superiore di Arte of the Castello Sforzesco in Milan, and then made experimental short films for Pagot Film. He contributed to the newspaper La Notte and worked with Finmeccanica, creating an advertising campaign that earned him the Palma d’Oro for Advertising as early as 1954. In 1955 he was one of the founders of the Italian Association of Visual Communication Design (AIAP). One of his best-known designs is the Lombardy Region logo, created with Bruno Munari, Bob Noorda and Roberto Sambonet, winner of the Compasso d’Oro award in 1979. He worked for the most important Italian companies, including RAI, for which he and Bruno Bozzetto also worked in the field of animation. Tovaglia created famous advertisements and also designed exhibition stands for Pirelli, and he became the art director of Pirelli magazine. He reinvented the logo of the Long P for the campaigns of Il Centro, the company’s in-house agency, in the late 1960s. The logo can also be seen in this book: the word “Pirelli” moves on a truck that Tovaglia imagines on a bridge as long as the objects, landscapes, and animals that inhabit the pages that follow. In a comment, the author’s daughter, Irene Tovaglia, describes them: “Looking at that crocodile unravelling his armour onto a spool of thread so as not to crumple it before going to sleep, I can only thank my father for having so often evoked in his work the games we played with him when we were little girls […]. Thank you for bequeathing to us this vision of yours and these stories so full of questions why.” 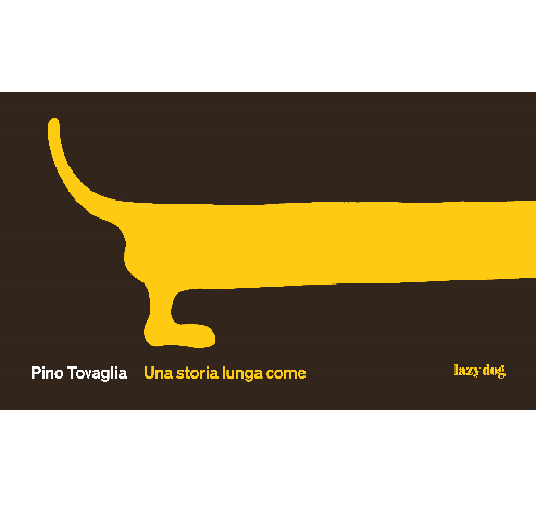 Gianni Rodari
Giovanni, a.k.a. Gianni, Rodari, was born in Omegna on 23 October 1920 and died in Rome on 14 April 1980. Rodari, renowned and appreciated for his fantasy stories, was also a great theorist of children's narrative. In his Grammatica della fantasia (Grammar of fantasy) he aimed to “find the consistent...

Giovanni, a.k.a. Gianni, Rodari, was born in Omegna on 23 October 1920 and died in Rome on 14 April 1980. Rodari, renowned and appreciated for his fantasy stories, was also a great theorist of children's narrative. In his Grammatica della fantasia (Grammar of fantasy) he aimed to “find the consistent features of fantasy writing, the laws that invention still hasn't explored”, claiming the space that fantasy and imagination should have in everyone's life.
Read more +
View all recommends 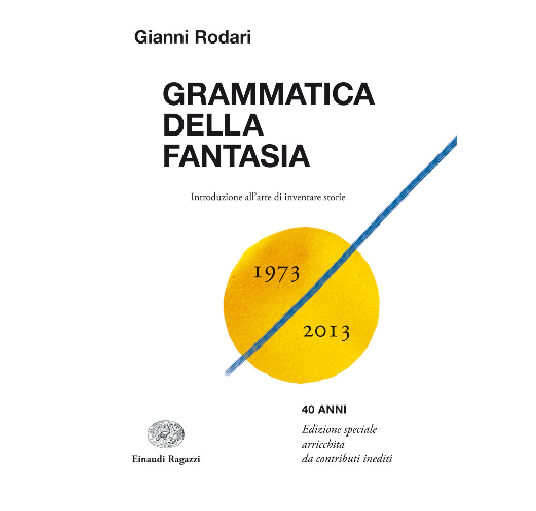 I libri entrano in fabbrica: Pirelli apre due biblioteche