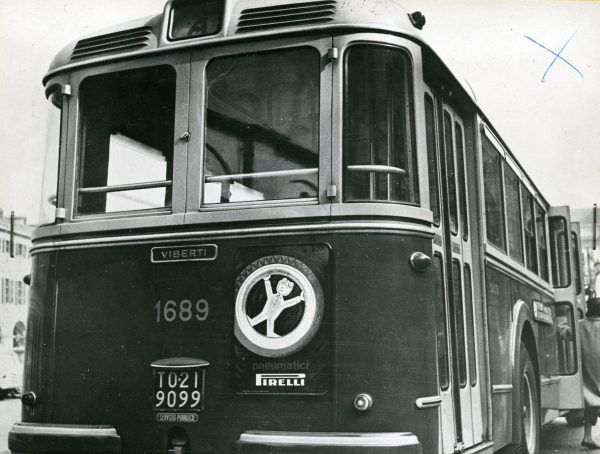 The Pirelli Foundation is taking part in the first Festival della Tecnologia di Torino with an event entitled “Alla ricerca dell’uomo vitruviano” (“In Search of Vitruvian Man”), scheduled for Saturday 9 November in the Spazio Prometeo at the Politecnico University of Turin. The meeting will include an open conversation between Antonio Calabrò, Giuseppe Caldarola, Vittorio Marchis and Alberto Saibene, who will examine some of the most important magazines since the post-war period in Italy that have focused on the relationship between technical issues, industry and liberal culture, promoting dialogue and interdependence: Comunità for Olivetti, Civiltà delle macchine for Finmeccanica and our own Pirelli. Rivista d’informazione e di tecnica. Published from 1948 to 1972, this last magazine was the brainchild of Arturo Tofanelli, who directed it until 1957 and who declared: “In waiting rooms, Pirelli magazine didn’t have that pristine, dusty look of publications for non-existent readers, but the comforting appearance of a crumpled, dog-eared magazine that people had read way too much.”

Illustrating the multidisciplinary nature of Pirelli magazine is one of the objectives of our publishing project Industrial Humanism: An Anthology of Thoughts, Words, Images and Innovations, published by Mondadori, which will also be examined during the meeting, and to which an entire section of our website is devoted, with an in-depth analysis of the book, and of the articles, and the biographies of the authors and contributors to the periodical.