Fangio: Driver and Actor.
And an “Extraordinario” Cinturato 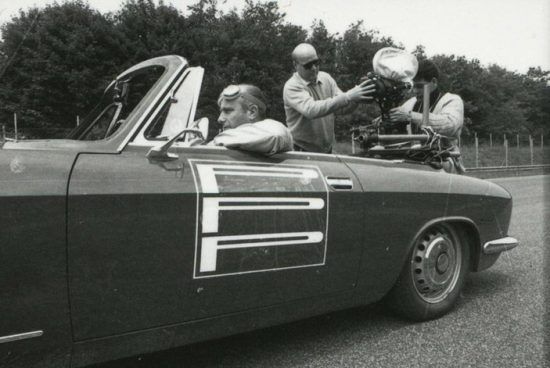 As the Cannes International Film Festival comes to a close, the “Stories from the World of Pirelli” section has often looked at the many times in which the cinema has encountered the Pirelli Group. From the actresses on the covers of Vado e Torno magazine to the creation of advertising cartoons, through to film reviews by Morando Morandini for Pirelli magazine.

And, of course, Pirelli and cinema could hardly fail to join forces in the world of films devoted to motor-racing. Countless actors have been motor-racing enthusiasts and there will be countless more in the future: foremost among them was Paul Newman, who fell in love with racing while on the set of Winning, which came out in 1969, and was always behind the wheel after that in endurance races, from Daytona to Le Mans. And then there was Steve McQueen, another veteran of endurance races, as Patrick Dempsey and Adrien Brody have been more recently. To say nothing of Jean-Louis Trintignant, a rally driver in a Ford Mustang in A Man and a Woman of 1966, and himself the nephew of the driver Louis as well as of Maurice, who won the 24 Hours of Le Mans in ’54 in a Ferrari 375 fitted with Pirelli tyres. But there was only one racing driver who was called upon time and again to play himself in front of the camera – the Argentine Juan Manuel Fangio. It was 1950: in the set photos now in the Pirelli Historical Archive, the film is referred to with its provisional title Perdizione. It was actually released the following year as Ultimo incontro (Last Meeting). We are on the Monza racetrack, with the protagonists Amedeo Nazzari, Alida Valli and Jean-Pierre Aumont. It is a sombre tale of betrayal and blackmail in the world of motor sport, in which the driver Fangio plays the part of… the driver Fangio.

That year the Argentine was racing with the mighty Alfa Romeo team along with legends of speed such as Nino Farina, who went on to win the world title, Luigi Fagioli, Consalvo Sanesi, and Piero Taruffi. The Long P logo of Pirelli, which supplied the red Alfa Romeo cars with Stella Bianca tyres, is embroidered on their overalls, under the cloverleaf symbol. In Perdizione/Ultimo incontro, Fangio was already on his way to becoming a legend, but his serious, watchful look is that of a true actor. The driver from Balcarce stopped racing in the late 1950s, with five world championships under his belt. During his career, his name appeared a number of times next to that of Pirelli: it happened again in 1965, and once again there was a camera there to film it. This was for a spot produced by Gamma Film for the Carosello TV commercials programme and for a photographic reportage by Ugo Mulas. The driver again played himself, the legendary Juan Manuel Fangio, now clocking up the laps on the Monza circuit in his Alfa Giulia GT. When he gets out, he looks into the camera and recalls: “I used to race with the Stelvio, but now this Cinturato is really different from the rest. Extraordinario!” And, in his magnificent Italian-Argentine manner, Fangio goes on to tell his audience on the television screen about his endless string of successes.

From cinema to television, and then back to cinema: the only thing missing was a film about his life, naturally played by himself, a very active and lively seventy-year-old. Fangio: A Life at 300 An Hour came out in 1981 and was the long story of a career the likes of which may never be seen again. In the film, we see the motor racing super champion back behind the wheel of the Alfas, Maseratis, and Ferraris of his golden years, all the way back to the Chevrolet pick-up with which he started out as a driver in faraway Argentina. As though everything were coming back intact. And maybe it is more than just a coincidence that the director of A Life at 300 An Hour was the same Hugh Hudson who just a few years previously, in 1966, had directed a road movie for Pirelli, The Tortoise and the Hare, an ode to the Cinturato tyre that Fangio referred to as “extraordinario”. 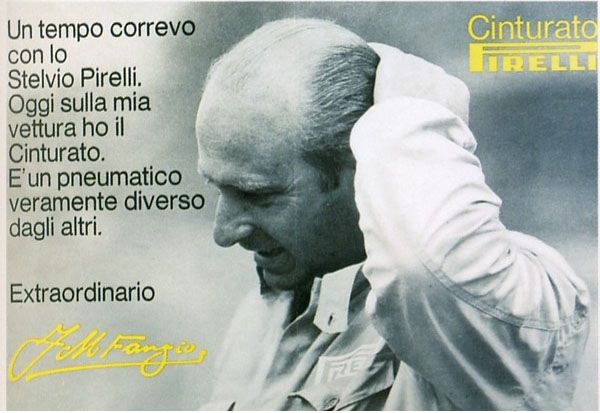 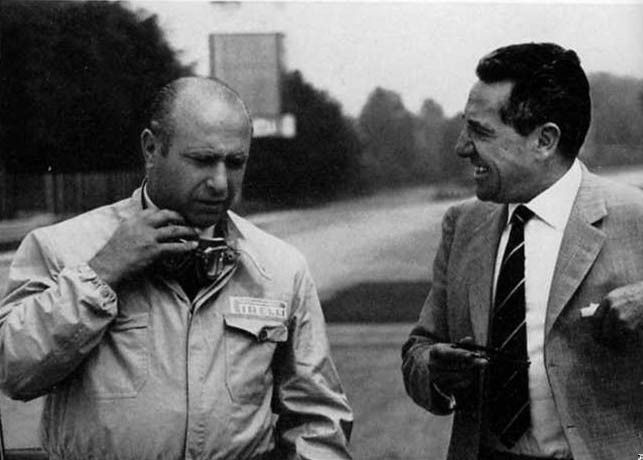