Monte Carlo Forty Years on: An Ode to the Stratos 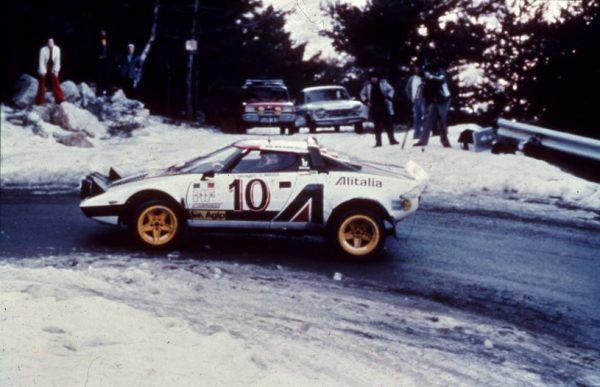 For three years running, in 1975-76-77, Sandro Munari drove to victory along the roads of the Principality in his Lancia Stratos fitted with Pirelli P7 tyres. Probably the greatest rally driver of all time: Sandro Munari. The car: the splendid, mighty Lancia Stratos for which Pirelli engineers had invented the ultra-low-profile Pirelli P7. The race: suffice it to say that it was the Monte Carlo: the most classic of classics ever since 1911.

Forty years ago this year, on 23 January 1975, the 43rd Monte Carlo Rally was won by an invincible combination of power, technology, imagination, and the best of the “Made in Italy” label. This came in the form of the Munari/Mannucci team, the Stratos number 14 in Alitalia livery, and Pirelli P7s. The Dragon made no errors on that Monte Carlo Rally of forty years ago, in a car that proved to be a miracle of reliability, and the performance of the tyres reminded the whole world that Pirelli was making rallying history. Because it was clear while the tyres for the Stratos were at the cutting edge of Pirelli’s commitment to rallying, it was equally clear that this technological know-how was also available for most of the auto industry. Indeed, behind the Stratos no. 14 at the 1975 Monte Carlo Rally came a threesome of Fiat 124 Abarths, all fitted with Pirelli tyres: no. 2 with Mikkola/Todt, no. 10 with Alen/Kivimaki, and no. 12 with Bacchelli/Scabini.

The following year, in 1976, Munari once again drove the Stratos to victory, this time with Maiga. His no. 10 was the first of a Lancia/Pirelli hat-trick, the second was the Stratos with Waldegaard-Thorzelius, and the third that of Darniche-Mahé. And, to make sure no stone was unturned, fourth place was taken by another Pirelli P7 car: Rohrl and Berger’s Opel Kadett.

Abbiamo sbancato Montecarlo – “We broke the Monte Carlo bank” – a 1977 advertisement would say, when history repeated itself once again: Munari and Maiga’s Stratos again reached the Casino square first. The runner-up was another “Made in Italy” gem that entered the history of rallies: Andruet and Biche’s Fiat 131 Abarth.
Pirelli was now the absolute star in the history of rallies.