When Lancia and Pirelli Competed in Endurance Racing 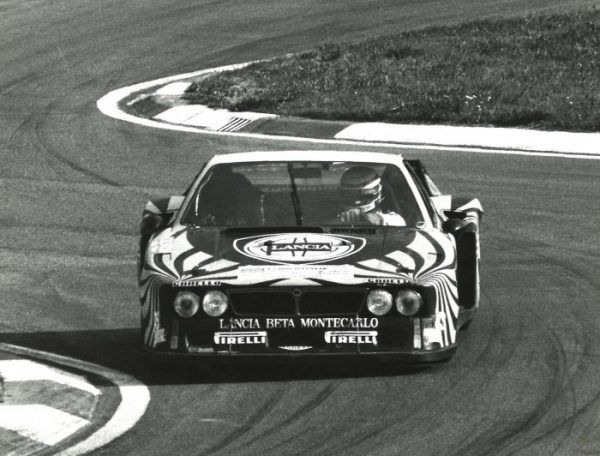 The third round of the Blancpain GT Series championship, one of the most important endurance and speed competitions on a racing circuit, was held on the last weekend of June 2018 on the track at Misano Adriatico. The next leg was the classic Spa 24 Hours in Belgium at the end of July, followed by the Hungaroring event and the Nürburgring race in Germany. In 2018, Pirelli was once again the sole supplier of P Zero tyres for supercars such as the Aston Martin V12 Vantage, Audi R8, Ferrari 488, Lamborghini Huracán, and McLaren 650S, as well as for other superstars of today’s motor racing.

Pirelli has always had a great interest in touring car racing, for the tyres need to have a perfect blend of high-speed performance coupled with reliability under prolonged stress. It is a very important test bed for road tyres, bearing in mind that the racing vehicles are derived from standard production models. One chapter in Pirelli’s long history of endurance races proved to be highly consequential for sports car racing: the car was the Lancia Beta Montecarlo Turbo, and the tyres Pirelli P7.

The announcement came in the last few days of 1978, in Pirelli’s Fatti e Notizie house organ: “After playing a lead role for 15 years, Lancia is officially leaving rallying and moving over to track racing. The company will be taking part in the World Championship for Makes in the Silhouette Group 5 with the Beta Montecarlo Turbo. The car, with Pininfarina body and Pirelli tyres, will be driven by Riccardo Patrese and Walter Röhrl.” The car was unveiled on the Vallelunga racetrack in Rome in April 1979, and all motor racing enthusiasts agreed that it was “splendid”, with its compact body and black-and-white tiger stripes: “one of the most beautiful ever to emerge from Pininfarina’s pencil”. Victory came instantly in the World Championship for Makes, after warming up in the Silverstone and Brands Hatch races, with an excellent second place at the Nürburgring, an absolute first came on the Sicilian circuit of Pergusa, which is now used for testing Pirelli motorcycle tyres. All without a single mid-race change of tyres, as has always been the norm in the 6 Hours. The wonderful adventure of the Lancia Beta Montecarlo continued for a couple of years, winning the World Championship again in 1980.

The Lancia Racing team was further boosted with the arrival of Michele Alboreto and Eddie Cheever, who joined the historic duo Carlo Facetti-Martino Finotto, masters of touring car racing, who won no less a victory than the 24 Hours of Le Mans. For Pirelli, this was a triumph not seen since the one in 1954 with Ferrari, with José Froilán González and Maurice Trintignant at the wheel. And then came victory in the World Championship in 1981 with the car decked out in the classic white, red, and blue livery of the Martini Racing team. In 1982, Lancia made its entry in the World Sportscar Prototypes Championship with the new LC1 silhouette in Group 6, entrusted to the by now customary Michele Alboreto, Riccardo Patrese, Teo Fabi, and Piercarlo Ghinzani. Victory was ultimately snatched from them by just 2 seconds, as the Belgian driver Jacky Ickx sped past in his Porsche. Yet another thrilling season, yet again with Pirelli radials.