1976 Monte Carlo Rally: When the P7 Reassured the Dragon 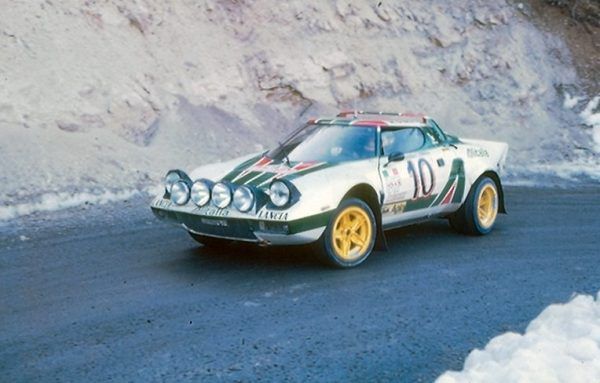 When he was asked by a journalist from the Pirelli house organ Fatti e Notizie if he would have won if the circuit had all been in snow, the Dragon had not the slightest doubt: “I’d have won all the same. The Stratos is the best car and the P7 would have been perfect on the snow, too.” It was 24 January  1976 when Sandro “Dragon” Munari, together with Silvio Maiga in the Lancia Stratos no. 10 – won the Monte Carlo Rally. Forty years ago.

Although Munari had full confidence in the reliability of the tyres in dry conditions, he might have had some doubts about them on the snow… But the debut on the rally scene – at Monte Carlo in 1976 – of the brand-new Pirelli P7, which had been specially developed for the Lancia Stratos Alitalia, and which was being used for the first time as the “mono-tyre”, could not have been more successful. So successful that, on the only snow test on the entire route, the innovative ultra-low-profile created by Pirelli technicians had proved its absolute superiority. “What emerged was something quite extraordinary: a snow tyre with a racing compound”, said the Dragon. Enough to allow the Stratos to handle it well even without studded treads.

The first across the line on 24 January was Munari-Maiga’s Stratos no. 10. The second was another Stratos: the no. 6, with Waldegaard-Thorszelius, the Swedish team. And yet another Stratos came third: the all-French Bernard Darniche and Alain Mahé team, in no. 12. This hat-trick would have been enough to establish the absolute superiority of Pirelli at Monte Carlo in 1976, but the festivities also included the German team, with Walter Rohrl and Jochen Berger, who came in fourth in their Opal Kadett GT/E. With Pirelli P7s, of course.