Pirelli: A World of House Organs 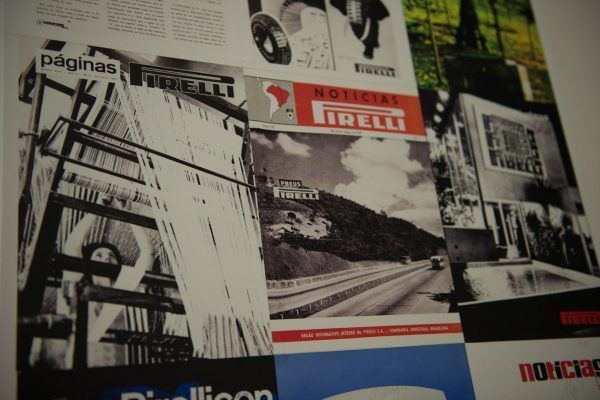 The internationalism of an industrial group can also be seen in its words. Those that it uses to talk to its staff on a day-to-day basis: service information, news about company activities, and reports from other areas. Different languages, different messages, all respecting the diversity of workers in different countries. This is the rationale that has inspired Pirelli house organs for over sixty years: the decision to give each foreign subsidiary its own newsletter came in the 1950s and ’60s. This was during the Pirelli Group’s greatest expansion since the first wave of enlargement from the 1910s to the 1930s, when subsidiaries had been opened in Spain, Britain, Argentina, and Brazil. The ancestor of Pirelli house organs was the Italian Fatti e Notizie, which first came out in 1950: just a few pages with information for employees about the availability of medical assistance, summer holiday camps by the sea for their children, discounts on basic commodities, and best wishes for new Pirelli families. And at the centre of all this, the pièce de résistance, which introduced all Italian colleagues to aspects that few knew much about: the little factory for chemical products, the cooling tower that had grown up among the vulcanisers at Bicocca, raincoats made by the Azienda Arona… The early issues of Fatti e Notizie showed an Italy that needed to be reconstructed from the ground up, but that was happy to have emerged from the war. This Italian house organ still exists: it has accompanied generations of employees, following the evolution of company welfare step by step over the course of almost seven decades.

Towards the mid-1950s, Pàginas came out in Argentina and Noticias in Brazil: the “criança” – childhood – was the absolute star on the pages of these house organs: kids for whom it was right to build schools, kids who would find out “where Daddy works”, kids who in sport – soccer, of course! – would make the name Pirelli shine in the New World. Also Noticias put on a fine show, explaining to colleagues in São Paulo what the future factory in Campinas would be like, or how life was lived in the rubber plantations  in Oriboca, or again, what an effort Pirelli Brasil was putting into the restoration of the Pelourinho neighbourhood in Salvador de Bahia.

Subsidiaries opened in Greece and Turkey in 1960, both with their own house organs: Ta Nea, like the Greek national newspaper of the same name, was the paper that introduced the “new Pirelliani” in Patras to the world of their Italian, German, and Brazilian colleagues. The journal published by Pirelli in Turkey was a case apart, for it was not so much a house organ as a magazine inspired by the Italian Pirelli, which in the early 1960s was blazing a trail as a company publication also on newsstands for the general public. The Turk Pirelli publication was a glossy magazine that dealt with social issues, tourist reports, and glittering stories of singers and film stars. Italian ones in particular. At least one article a month was devoted to the father of Turkey, Mustafa Kemal Atatürk.

The German Aktuell specialised in innovative ideas and technologies, and the covers showed meticulous graphic designs to recall the tread patterns of tyres. The English World, which also had the assistance of Derek Forsyth, the wizard of publishing design, was more open to social issues – the company pub, the new headquarters, the company Christmas party, and so on.

And then came the globalisation of the early 1990s. Now the vision stretched out to encompass all Pirelli’s markets around the world. In-house communication spoke as one and was shared by all. With Pirelli World, the periodical launched in 1993, the concept of the house organ became global and transnational, reflecting a unified, consistent production system. A single Pirelli for a complex world.