The Pirelli P8 and Green Technology:
A 40-year History 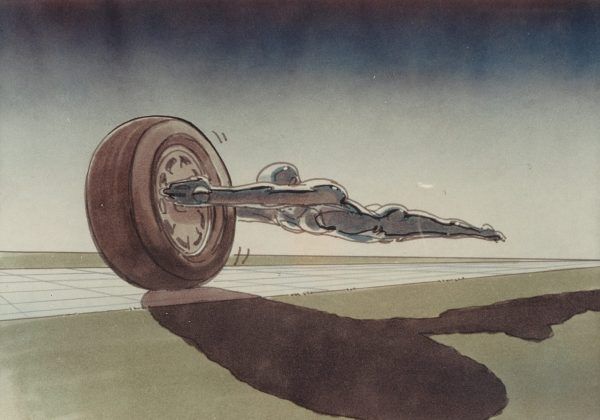 “On 13 February, in the presence of a hundred Italian and foreign journalists, the Pirelli P8 was unveiled at the Castello degli Arcimboldi in Bicocca”. This was how, forty years ago, the company house organ Fatti e Notizie, in its third issue of 1980, announced the creation of the first radial tire with low rolling resistance. Those were years when the oil crisis had hit the whole Western world hard: “Pirelli”, proclaimed the press releases at the time, “is very sensitive to the energy problem, and for years has set itself the goal of developing technological solutions that will make it possible to manufacture products that can help achieve energy-conservation objectives”.

And so it was that, after a period of technological development carried out at breakneck speed, it finally came up with “a tyre that, with its reduced rolling resistance, allows for significant reductions in the fuel consumption of vehicles, without compromising – and indeed, in certain respects, improving – the high level of performance that users have come to expect from a tyre: comfort, durability, safety in cornering, on wet roads and when braking.” With the Pirelli P8 forty years ago, drivers started getting used to the term LRR (Low Rolling Resistance), which has since become one of the cornerstones on which the technology of “green” eco-compatible tyres is based. With the new radial tyre of the Pirelli Serie Larga family, the absorption of power, and thus of fuel, caused by rolling resistance went down by an average of 20%, and even 40% when compared with conventional tyres, which were still commonly used on the international market at the time. Under the engineer Franco Bottasso, Pirelli technicians had obtained this smooth rolling effect by means of a mix of technological solutions: from the development of low-profile Serie 65 geometries to the use of a tread pattern cut at sharp angles. The February 1980 event at the Bicocca degli Arcimboldi was actually a pre-launch – a promise made to the international auto industry. “The P8 is currently being tested by some European car manufacturers”, Bottasso told the journalists, “who are studying ways to adapt the individual sizes to their models. The use of the tyre as original equipment will broaden as from 1981.”

And indeed it did: eighteen months later, in September 1981, the same journalists were able to watch the new tyre being tried out at the Pirelli test track in Vizzola Ticino, in the province of Varese. On board cars that were very popular at the time, such as the Opel Kadett and Fiat Ritmo, which were fitted with electronic sensors, the trade press could clearly see how “the fight against the high cost of fuel has to start from tyres. Drivers will end up engaging psychologically in an energy-saving form of driving”, wrote the Corriere d’Informazione. Energy consumption was directly related to savings: “If all the cars in circulation in Italy – about 17 million in 1979 – were fitted with the P8”, wrote Fatti e Notizie, “the Italians would save approximately 550-600 billion lire”.

Just one year earlier, in September 1980, a press release entitled “Pirelli and the Energy Crisis” reported this news: “The P8 is also suitable for electric cars. It is no coincidence that PGE”, a manufacturer of electric vehicles in the 1970s, “has chosen it for its latest model.” An announcement that may have been seen as simply a curiosity at the time but that could hardly be more topical and relevant today.