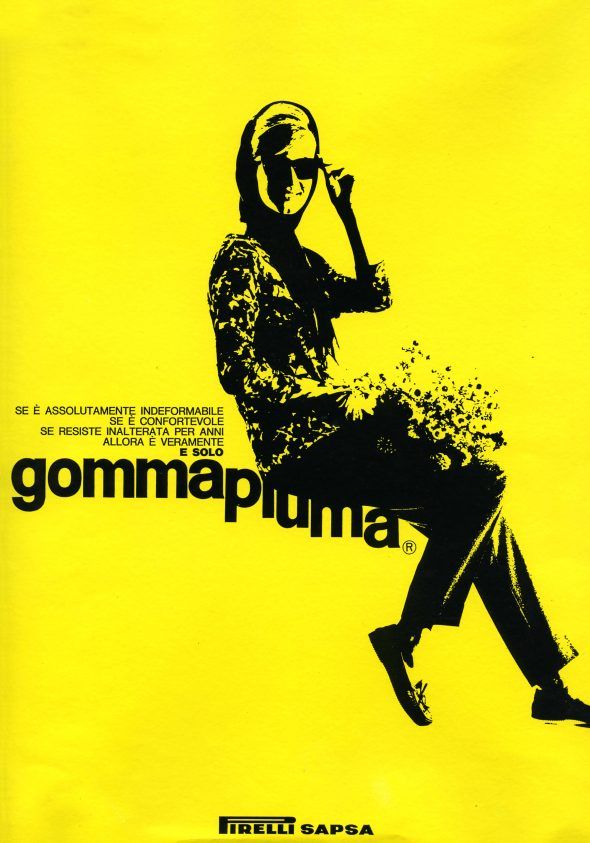 One of the great names in the long history of Pirelli inventions is that of Carlo Barassi. Born in Milan in 1910, he graduated in industrial mechanical engineering from the Politecnico University in 1933 and the following year he joined Pirelli, where he was taken on by the Technical Department of the Rubber Central Management. In 1939 he was moved to the Group’s branch in East Africa, where he was interned in a British prison camp in Kenya at the outbreak of the Second World War. As he himself recalled in a 1956 memoir, during his years of imprisonment he asked if he could start making furniture, toys and miscellaneous items in the prison camp so as “to make life among those behind bars a bit less monotonous” and, in just over two years, the products “enjoyed remarkable success not only in Kenya but also in Uganda, Tanganyika, Rhodesia, and South Africa”.

The need to use the materials he had to hand meant he could try out some innovative technical solutions, which he applied to Pirelli products once he got back to Milan. Barassi himself wrote about the application of an elastic suspension system for use in the production of items of furniture such as armchairs, sofas, and beds, with springs consisting of intertwining strips of rubber cut from old inner tubes. This was the prelude to the invention of the Nastro Cord, which Barassi patented in 1948: this textile band was made with the same rubberised fabric used for tyre production, but it was bound together in a double layer. In 1950, he had the idea of using Nastro Cord on ski racks and luggage racks to make them even more practical than the elastic luggage retainers that had been made by Pirelli in 1948 and 1949. The new patent was later transferred for use by Kartell, a company that had recently been set up by the engineer Castelli, which launched its collection of car accessories with this invention as its first product.

Another application that Barassi thought up for Nastro Cord was in furniture production, a sector in which another innovative material made by Pirelli could be applied: foam rubber, which had been patented in the 1930s but until then used mainly for mattresses and in the healthcare sector. In the post-war period, sales of foam rubber to furniture makers were extremely limited, so Barassi thought that a new company making foam rubber for use in furniture, “based on completely new concepts and lines and with staff to be trained especially in methods that were not those used by traditional upholsterers”, could achieve success. He shared this idea with Angelo Bay and Pio Reggiani, who had previously worked at Pirelli, and the Arflex company was born. They quickly brought in the finest Italian architects and designers, including Marco Zanuso, Franco Albini, Roberto Menghi, Giancarlo De Carlo, and Achille Castiglioni, to mention but a few, and started work on creating furniture in innovative shapes and materials, many of which came from Pirelli: they used Pirelli foam rubber for the padding, Nastro Cord for the structures, and Lastex and Vinilpelle for the upholstery.

Back at Pirelli, in the meantime, Barassi’s fervid mind came up with another revolutionary invention as the 1950s came to end. It was to change the Italians’ driving habits, especially in the winter: the BS3 tyre, with a tread detached from the carcass, with three interchangeable rings that could turn it into a tyre for snow and ice in the winter, and one for normal use in the summer. Hailed as a revolutionary tyre, the patent for the BS3 was filed by Carlo Barassi and Giuseppe Lugli. The creation of this tyre came after of years of study and experimentation by the Rubber Technical Department, which was then headed by Sergio Vittorelli. The department was an extraordinary training ground for some brilliant minds, such as Luigi Emanueli and Mario Mezzanotte, who went on to make their mark on Pirelli’s research and development in later years. But these are other stories of innovation and research, waiting to be told.