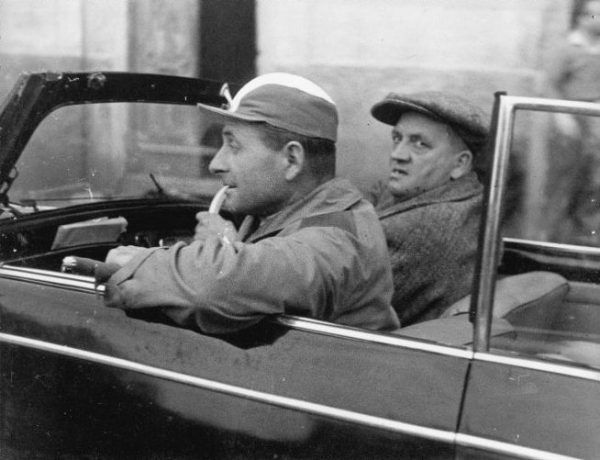 As it follows the 2018 Giro Ciclistico d’Italia Under 23 race – which ended with the crowning of the champion in the Pirelli White Jersey on Saturday 16 June in Cà del Poggio, in the province of Treviso – the “Stories from the World of Pirelli” section goes back in time to look at another great event devoted to young amateur cyclists on their way towards their great leap towards professionalism: the Gran Premio Pirelli. The brainchild of a former cycling champion, Alfredo Binda, the first Gran Premio Pirelli was held in 1949 and it was clear from its instant success that there would be others in the following years. “I’m forty-nine now and I’m one of the old-timers, but if I were thirty years younger, I can assure you I’d race in the Gran Premio Pirelli even on flat tyres”, said Binda in 1951 in one of the many interviews he gave to Pirelli magazine.

“The G.P.P. is just three years old, but it’s already a classic. I’d say it’s the Milano-Sanremo of amateurs.” Alfredo Binda had particular reason to be proud, considering that a good number of foreign cyclists were taking part for the first time in the Gran Premio that year. Moving further into the 1950s, the Gran Premio Internazionale Pirelli became the top race that all young cyclists in Europe aspired to. “There are so few occasions when we can pit our amateurs against those of other countries”, wrote Giuseppe Ambrosini in an article published in Pirelli magazine in October 1952, “that we can only be grateful to the great Milanese company for offering us such an important and magnificent opportunity.” The journalist stressed how most of the merit for this success was due to Commendator Arturo Pozzo, the sales manager of Pneumatici Pirelli and the “perfect director in terms of his managerial skills, always fired by a youthful sporting spirit”. It was he who, way back in October 1948, had asked Alfredo Binda to come up with a good idea to revive cycling after the dismal years of the war, saying that he – and Pirelli – would certainly give him their support.

On the evening of 10 October 1955, Arturo Pozzo died suddenly at the age of sixty-six. On the previous day, he had awarded Sante Ranucci his prize at the Velodromo Vigorelli in Milan as winner of the 7th Gran Premio Pirelli. The event was struck a terrible blow by the death of Pozzo, who had invented it seven years previously together with Binda, but another two races were put on, with the Arturo Pozzo Trophy designed by the architect-designer Roberto Menghi being awarded in the 1956 race. The final round of the 9th Gran Premio Ciclistico Internazionale Pirelli, held on 22 September 1957, saw the victory of a young Veneto cyclist, Federico Galeaz. The brains behind the Gran Premio Pirelli had been Arturo Pozzo, but the brawn was certainly the cyclist Alfredo Binda. The champion from Cittiglio – a little village in Valcuvia, above Varese – had the task of bringing to an end an era and, in an article entitled “Nine years with young people” for Pirelli magazine no. 6 of November 1957, he recalled that “the champions applauded by the public all come from the ranks of unknown amateurs: peasants, mechanics, apprentices, or just simple lads without a job but with a great passion for cycling… Amateurs still race without any prospects of immediate reward and, when they collapse from exhaustion, they quite simply remove their race number from their jerseys and go back home, riding hundreds more miles on their bicycles… But this year I saw a particularly combative spirit in all these young people. They have changed the face of our cycling rapidly, with their refreshing, youthful impetuousness.”