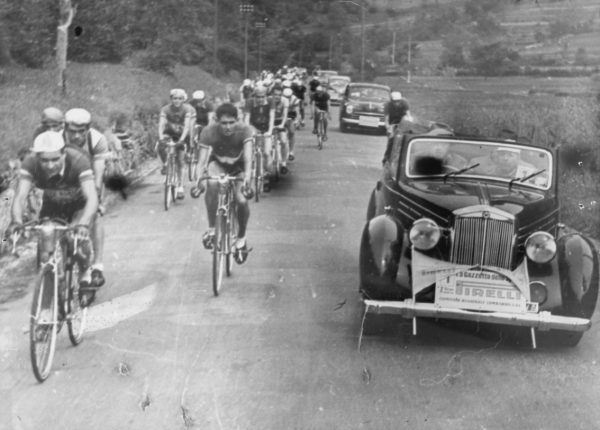 What life can be seen in photographs of cycling races! What passion there is in photographers chasing after and capturing expressions of total exhaustion! Just one old photo of a cyclist can often tell the story of a whole existence.

Snapshots taken – sometimes not without risk – on roads the world over. A history through photos devoted entirely to people and bicycles. Browsing through the “Bicycle Racing” photographic section of our website is like plunging into a world of ancient heroes, with handlebar moustaches and dusty tracks, faces filled with exhaustion or dogged defiance, where the great champions of cycling share the same fatigue and pain as men whose names are long forgotten, together with those of the photographers. In the early years of the twentieth century, there was often someone from the Strazza Photo Reportage agency in Milan: their stamp appears on some minor masterpieces, now in our Historical Archive. Like the brilliant photographic retouching of the cyclist Carlo Oriani, probably in the Parco Trotter in Milan after winning the Giro d’Italia in 1913. Then there is the unknown cyclist, in an unknown year, but once again by the famous photographer Strazza, who created this delightful “portrait of a cyclist wearing a Pirelli raincoat”. Wearing knickerbockers and a cloth cap, he is shown in front of the old Ambrogio Binda papermill in Milan. The Naviglio Pavese flows by behind him. We will never know what colour that bulky jacket was, nor will we ever know if he just happened to be there, or if he was actually posing. Two men who were certainly posing for Strazza were the Belgian brothers Lucien and Marcel, first and third respectively in the Six Hours of 1919. Between them is Valemberghe, second across the line – just to make sure, an anonymous hand has written their ranking directly on their jerseys.

Many of the photo shoots of cycling races from the 1930s to the 1950s were the work of Lauro Bordin. Born in 1890 in Crespino, in the province of Rovigo, Veneto, Bordin was himself an excellent cyclist. After retiring from racing in 1924, he became a photojournalist and turned his camera on his former “colleagues”. It was he who took the famous shot of two racing-car drivers, Tazio Nuvolari and Giuseppe Campari, battling it out on two wheels in 1932. Lauro Bordin also took the first photos of the Gran Premio Pirelli, the cycling tournament that became a springboard for many young champions in the 1950s.

This photographic cycling diary from our Historical Archive does not just look at racing, however. Just after the war, a number of shoots were made by such masters of photography as Federico Patellani and Milani, who looked at bicycles as an everyday means of transport and faithful travelling companions at a time when Italy was discovering the immense value of being able to move around freely. A cross-section of society that takes us into the “social media” of a century past. 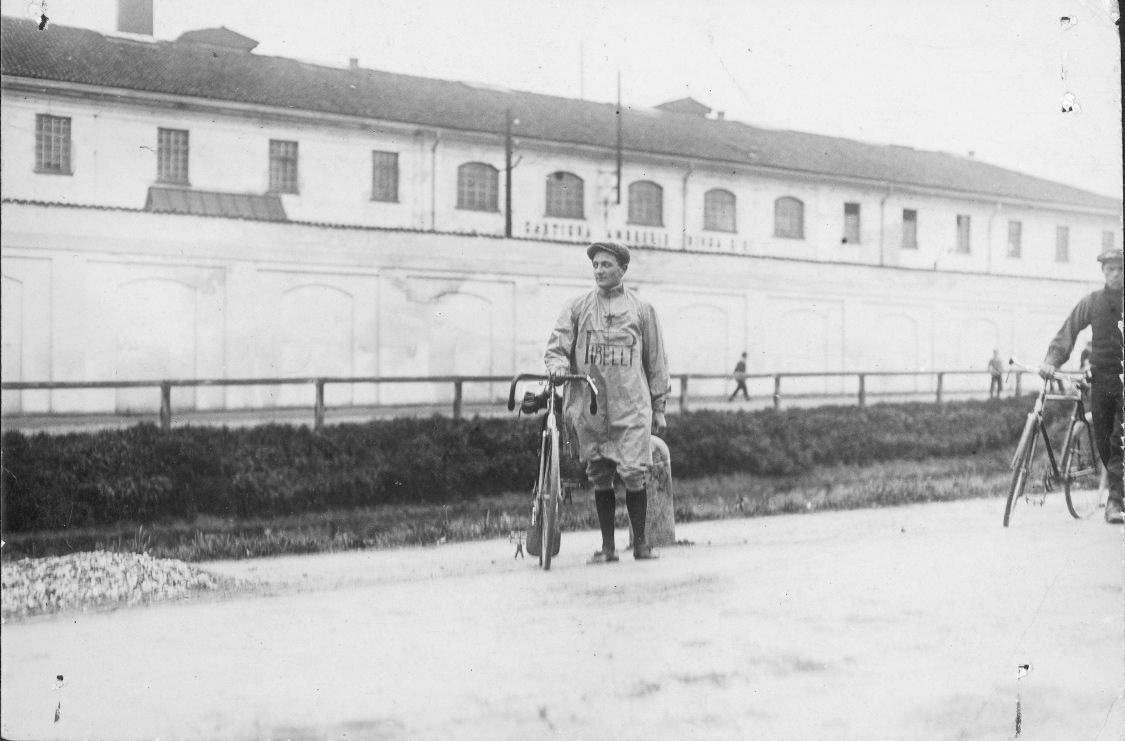 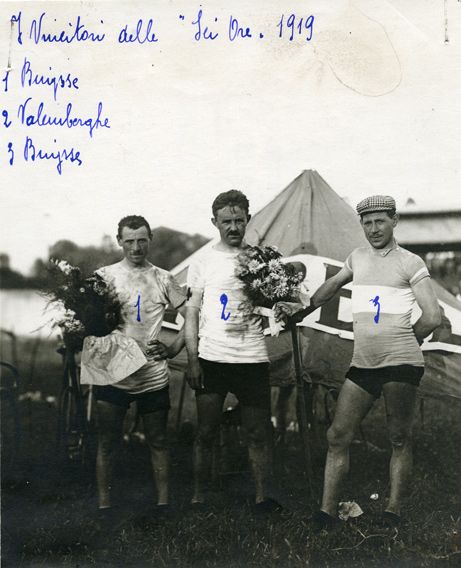