The Pirelli Cinturato from Track to Media: The 1965 Advertising Campaign with Racing Champions

On Sunday 12 September, Formula 1 drivers and teams will battle it out for the podium at Monza. The Brianza circuit has always been the scene of epic contests with great champions of the present, such as Fernando Alonso, Lewis Hamilton, Charles Leclerc and Max Verstappen, but also of the past, such as the unforgettable Juan Manuel Fangio, Gigi Villoresi, and Piero Taruffi. These are just some of the driving aces who have bound the history of Pirelli to that of the Italian Grand Prix, becoming the faces of a promotional project like no other.

The year was 1965. After studying the outcome of a market survey, Pirelli planned a new advertising campaign to capture and keep the multitude of new motorists, with cars registered between 1962 and 1963, who would inevitably need to change their tyres that year. This led to a new communication strategy – one that was destined to impose one of the company’s flagship products on the Italian market, after it had taken the world by storm: the Pirelli Cinturato. Patented in 1951, it immediately became synonymous with safety, durability, flexibility and comfort. Across the world, the judgment was unanimous: the Cinturato, in all its forms – from standard to summer to winter – was the most prestigious tyre on the market. It was produced under a Pirelli patent in 19 countries and each nation fell in love with it for a different reason: in Spain it was “the tyre your car was waiting for”, in Brazil they adored the beauty of the tread, and in Switzerland its safety, while in England it was chosen for its road handling.

From January to December 1965, all Italy was plastered with a promotional campaign with great ideas that came in the form of advertisements on paper, billboards, television and film. Pirelli was launching a campaign, now online on our website, with exceptional endorsers: Fangio, Maglioli, Villoresi, Bracco, Gonzales, Taruffi and Chiron. The return of these record-breakers and their sensational feats, as drivers in everyday attire, introduced a new style of highly emotional advertising that went on to affect sales in the following years.

“I used to race with your Stelvios. Now I have the Cinturato on my car. Extraordinario! It is a tyre that’s really different from the others. What is so amazing is the absolute precision if gives you”, crowed Manuel Fangio.

“Embroiders the road!”, screamed the poster of Gigi Villoresi.

“Sensationnel”, promised Chiron, who had been testing the tyre for years in the Monte Carlo Rally.

“Safer than ever!”, said Giovanni Bracco.

The end user was contacted all the time, every day: when he opened his newspaper and rode on public transport in the morning all the way until the evening, when he turned on the TV or spent a few hours at the cinema or reading a motoring magazine. All year long, these “travelling messages” flashed past the Italians. There was talk of the Cinturato everywhere. The smiling faces of driving champions appeared all over the place, telling of their experience of driving a Pirelli-fitted car. Thanks to their skills, their long lines of extraordinary victories and the key role they played in the history of motoring, these drivers were the perfect voice with which to talk of the power, innovation and safety of a tyre that not only changed the history of Pirelli, but the very way in which driving was viewed. 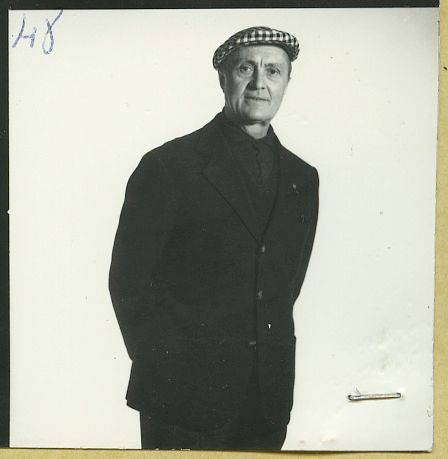