The Noorda Language:
Style and Creativity in Pirelli 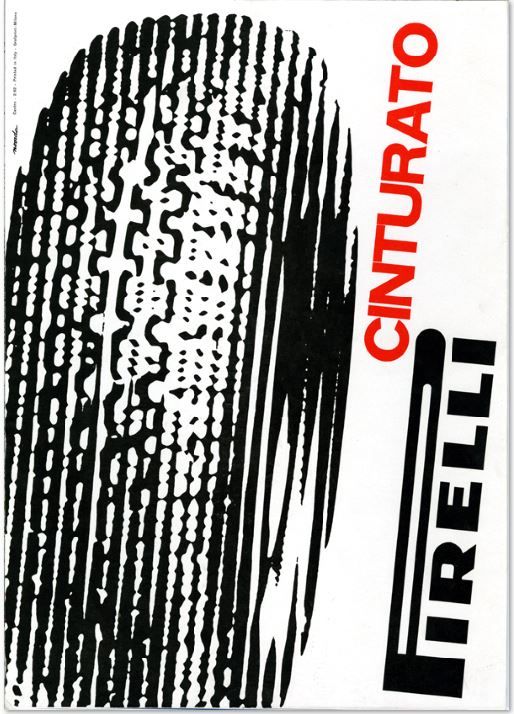 “When I first arrived in Italy, industrialists were still entrusting their advertising to illustrators and painters. We were some of the first to introduce modern graphics and a coordinated corporate image, which is a mixture of company interior architecture, design, and advertising”, was how the Dutchman Bob Noorda, born in 1927, recalled his arrival in Milan in the early 1950s.

His rationalist-style training (his professors came from the Bauhaus school), and his experiments to find orderly, structured solutions, were just some of the reasons why Noorda was able to establish himself so quickly. The entrepreneurial spirit of Milan in the 1950s proved to be fertile ground for graphic artists and designers. They were able to create advertisements with a robust design approach, making the communication easy to read, and they could impose the graphic element as a recognisable sign, eliminating anything superfluous: clean lines, in perfect harmony with the context, fully express the concept of “coordinated design” that was so dear to the community of graphic artists at the time.

Pirelli commissioned a huge number of works from Noorda and appointed him as its art director in 1961: it was he who created the poster for the Cinturato in 1959, with the wheel turning towards the right, and he who made the advertising campaigns with the N+R tyre and with the Rolle.

Noorda managed to open up space and use colour as well. His lines became more flexible and his powerful blacks gradually gave way to nuances of grey. This led to what was termed “soft” advertisements, which created a feeling of lightness, as can be seen in the advertisement for the “ball for champions“. In other cases, such as the advertisement for belts for threshing machines, the graphic element is multiplied, creating space-time dilations and giving the image a great sense of movement.