Monza, 2 September 1956: Stirling Moss and a Matter of Eternity 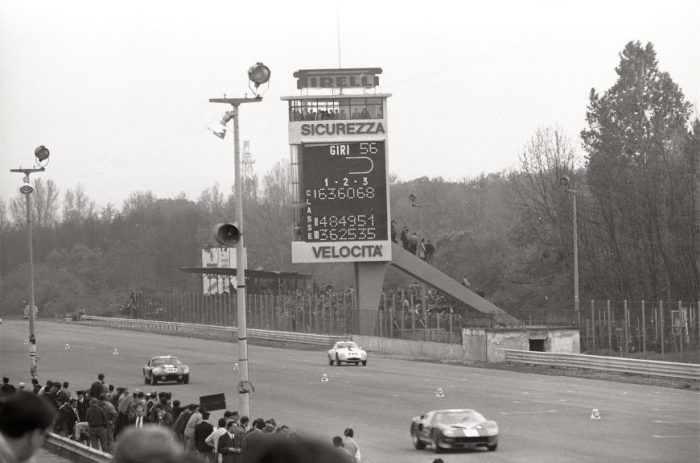 On 2 September that year, the F1 Italian Grand Prix was again held at the Monza racetrack. It was a cloudy Sunday in 1956 and the race was also designated as the European Grand Prix. Up to that moment, Ferrari had dominated the championship, having inherited all the know-how of Lancia, which had abandoned motor racing. Even so, fifty-six was no easy season. The shock of the previous year still remained to be exorcised, for the terrible accident at Le Mans had cast serious doubt on the whole idea of motor racing and had seen the withdrawal of Mercedes, which up until then had monopolised Formula 1. But a world without motor racing was just unthinkable. So the Championship had started up again, even though with the loss of historic Grand Prix races like those of Spain and Switzerland. The driver everyone was out to beat was always the same: Juan Manuel Fangio, who had stepped out of his Mercedes as the World Champion and into a Ferrari, to keep his career going just a little bit longer as the champion. With him were the emerging young Englishman, Peter Collins, and other top Ferraristi like Eugenio Castellotti and Luigi Musso. Britain was out in force in Formula 1, keeping an eye on the very young Vanwall, a car designed by a certain Colin Chapman, who was still taking his first steps. Behind the wheel of the Vanwall was the American Harry Schell and the Frenchman Maurice Trintignant, as well as the “silver fox” Piero Taruffi, with his fabled engineering skills. The British racing stable also had Pirelli, which brought all its tyre technology to bear.

And then there was Maserati: by this time a legend in racing. The Trident logo appeared on its six-cylinder 250F at Monza, ready to do battle with the Prancing Horse’s eight cylinders. And possibly to win, as it had done at Monte Carlo at the beginning of the season. Because Maserati too had its champion: the twenty-six-year-old Stirling Moss from London. He had first driven for Cooper, and briefly with Maserati, but, like Fangio, he too had been with Mercedes the previous season. Moss had ended the 1955 championship in second place, naturally behind the Argentinian. He did not yet know that his role as the “eternal runner-up” would stick with him throughout his future career. But that Sunday, 2 September 1956, Stirling Moss won at Monza, leaving his Argentinian rival-friend behind him. The news reports at the time praised the performance of Maserati’s Pirelli Stelvio tyres – Moss also achieved the fastest lap – pointing out how the competitor’s tyres on the Ferraris had not been up to par. In the end, the Championship was won by Fangio, with the British driver second, once again. The eternal runner-up. 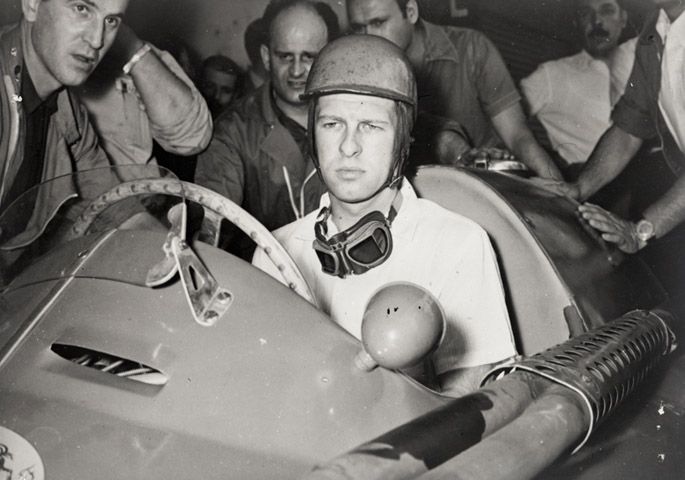