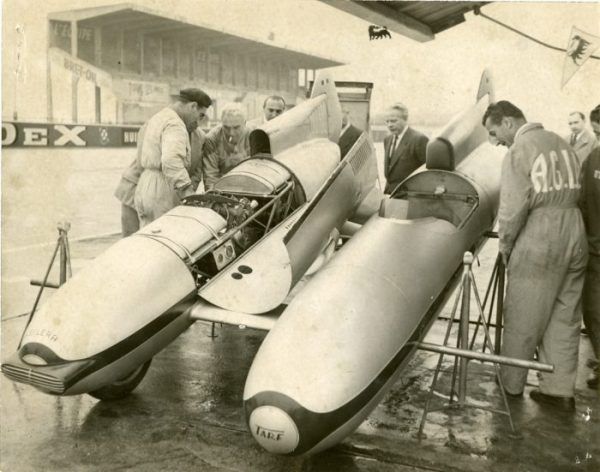 An engineer, designer, inventor, record-breaker, and motorcycle rider and motorcar driver. Piero Taruffi was all this and maybe even more, but one need only read the “The Five Hundred Miles” that he wrote for Pirelli magazine in 1962 to understand what a distillation of know-how his life became: three pages to read all in one go.

Born in Albano Laziale in 1906, Taruffi raced in order verify his innovative technical insights, and as he raced, he chased after yet more insights, and then tested them again on the track. It was almost inevitable that his keen focus on every aspect of the machine would bring him into contact with Pirelli. The Historical Archive of the Pirelli Foundation contains documents dated between June and October 1937 that give the results of tests carried out in the laboratory on Pirelli Moto-Cord tyres, which were “special tyres for motorcycle records”. It was these “ultralight ribbed S” tyres that Taruffi used that year on the Bergamo-Brescia motorway to set an unparalleled series of speed records with the Gilera 500 Rondine, for which he himself had created the fairing in order to improve the aerodynamics. Meanwhile, his passion for fast driving led him to race and win everywhere, on both two and four wheels: in cars with Alfa Romeo, Maserati, and Cisitalia, and on motorcycles with a Norton 500 and “his” Gilera Rondine.

The record-breaking Taruffi was certainly no man to accept limitations, which is why, in 1948, he went back to the Pirelli test laboratories to fit out his new challenger: the TARF bisiluro, or “twin torpedo”. Just as the pre-war Rondine had been a record-breaking motorcycle, so two Rondini placed side by side would become a record-breaking car: simple, right? Fitted once again with ultra-light Pirelli motorcycle tyres, the TARF consisted of two cylindrical bodies joined together to form a sort of double motorcycle with fairings: one torpedo for the rider, the other for a Guzzi 500 engine. With the TARF – and later with the Maserati-powered TARF 2 – Taruffi notched up speed record after speed record between 1948 and 1954, flashing by at 300 km/h on the tried-and-tested Bergamo-Brescia motorway, and later on the SS 7 trunk road, the so-called Fettuccia di Terracina, and then on the French circuit at Monthléry. His bisiluro became the stuff of motor-racing legend.

The engineer-driver certainly never abandoned car racing, for he was in Formula 1 with Ferrari, Maserati, and Vanwall between 1950 and 1956, in the Targa Florio with Lancia, and in the Susa-Moncenisio with Cisitalia. And again – once again with Ferrari – in the Carrera Panamericana, which earned him the nickname “Silver Fox”. However, the Mille Miglia was missing from his prize list, but he said to his wife Isabella: “When I win, I’ll stop racing”. He left Brescia on 11 May 1957 at the wheel of a Ferrari 4000 on the 24th Mille Miglia. And he won it, at last. This was the last-ever Mille Miglia: the race was cancelled after the tragic accident of the Spaniard Alfonso De Portago in Guidizzolo, in the Alto Mantovano. But Taruffi had won the race – his last Mille Miglia. And, just as he had promised, it was his last triumph. 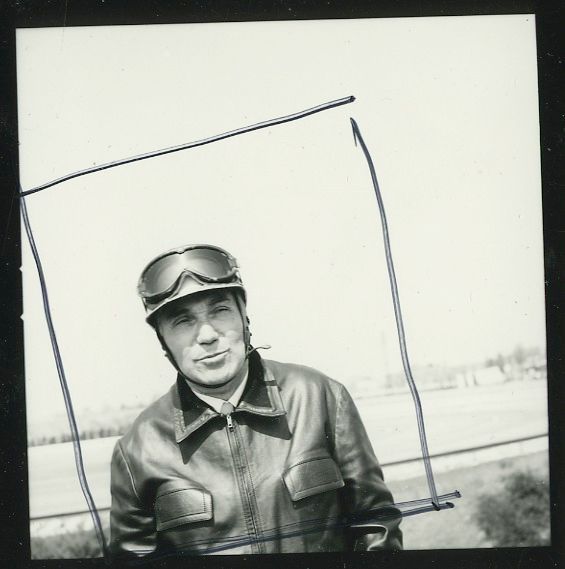 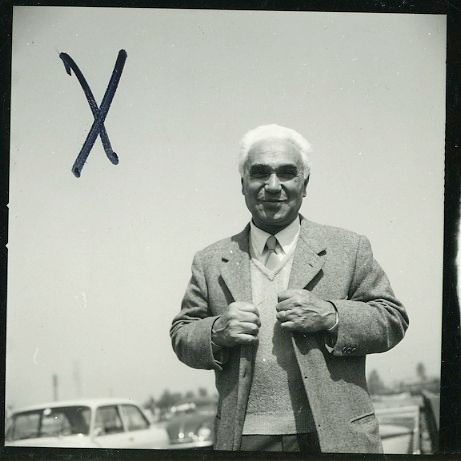 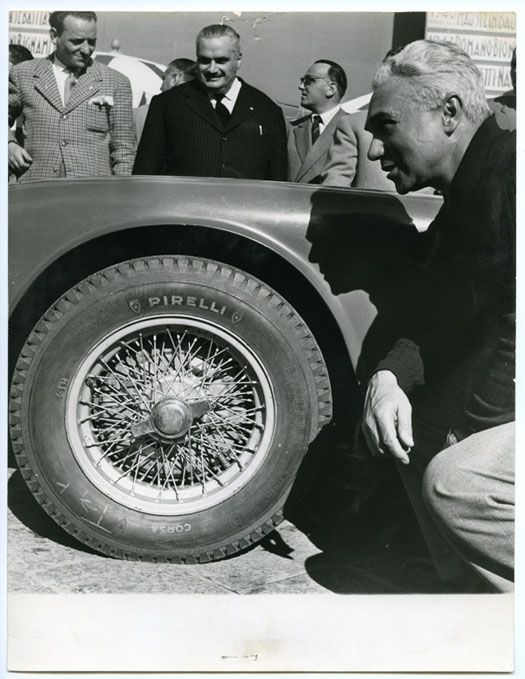