Ninety Editions of the Italian Grand Prix. And Pirelli Was There When It All Began… 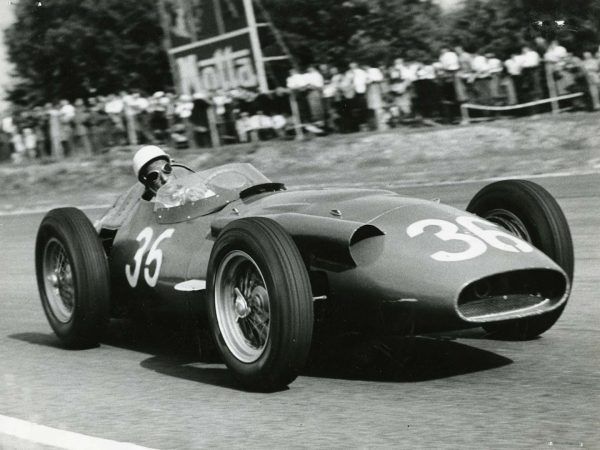 The race slated for Sunday 8 September in Monza will be the 90th Italian Grand Prix. An outstanding number, built up year after year around a symbol of international motor racing: the Monza racetrack.

The first of these ninety Italian Grand Prix races, however, was not held in Monza but on the street circuit of Montichiari, near Brescia. It was 4 September 1921 and the Monza racetrack would be opened only the following year: however, there was a burning desire to return to motor racing after the war years and the 17 kilometres of road in the Montichiari countryside thought up by Commendator Arturo Mercanti, then director of the Automobile Club di Milano, appeared perfectly suitable for the first race under an Italian flag. In actual fact, the enormous interest among the public did not fire the imagination of many drivers for that September day in 1921. Indeed, only six cars turned up at the starting line: three French Ballot 3-litre cars driven by Jules Goux, Jean Chassagne and Ralph De Palma were pitted against three Fiat 802s driven by Pietro Bordino, Ugo Sivocci and Louis Wagner. All six were fitted with brand new Pirelli Cord tyres with an innovative casing structure that allowed for previously unimaginable levels of performance. There was some uncertainty caused by the novelty of the race track and some ingenuousness in the organisation – this was, after all, the dawn of motor racing – but the Italy-France race was won by Jules Goux, who completed the thirty laps at Montichiari in his Ballot in just over three and a half hours. He beat his compatriots Chassagne and Wagner, the latter in the only Fiat to reach the finish line. But then Goux already knew his “pneus”, at least since the French Grand Prix in 1913, when he came second behind Georges Boillot, giving the Pirelli-fitted Peugeots a double win.

Today, in a rare photograph in the Historical Archive, we see Goux at the wheel of his blue racer staring out defiantly at the photographer, with his mechanic, Lebouc, peeping out beside him. The photo is dated 4 September 1921. Then came July 1922, with the home champions Pietro Bordino and Felice Nazzaro inaugurating the brand-new Monza circuit: at that point, the Italian Grand Prix had found its almost definitive place, except for a couple of editions in Livorno and Turin, though it was suspended during the war. It was none other than Bordino and Nazzaro who dominated that second Italian Grand Prix on 10 September 1922. They finished first and second respectively, both in Fiat cars, both on Pirelli Cord tyres. Just one week earlier, on 3 September 1922, Bordino, Enrico Giaccone, Evasio Lampiano and Carlo Salamano, all in Fiat 502 SS cars, had dominated the second Gran Premio Vetturette at Monza. The Historical Archive also has a wonderful photo reportage of that glorious week of motoring at Monza: these shots are made even more unique by the fact that the precious sepia-coloured postcards were dated back by hand to 1921.