Pirelli, Racing and the Monza Circuit in Archive Photos 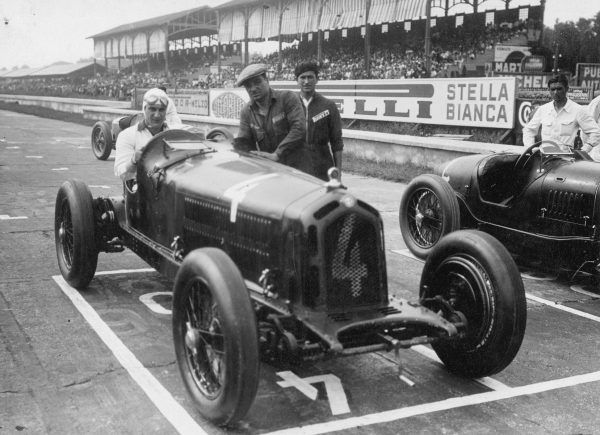 Pirelli has been part of the action ever since the dawn of motor racing: after the first great exploits – such as the Peking to Paris motor race, which was won by the Itala on Pirelli tyres in 1907, and the New York to Paris race through Alaska in 1908 – came the 1920s, when the revolutionary cord technology gave the tyre greater durability and road handling, and Pirelli entered the world of racing on the circuits and roads of all Europe.

It may be no coincidence that it was in those very years that a new department devoted to “Propaganda” was set up in the company. The office, which focused on advertising (“pubblicità e reclame”), the drafting of price lists, catalogues and miscellaneous advertising prints, also oversaw participation in motor races, which were viewed right from the beginning as a high-impact means of promotion. The department’s activities included documenting Pirelli’s participation in motor races, which is why the oldest photos in the photographic archive of the Propaganda Pirelli department are those of the first races in the 1920s: the Coppa della Consuma, the Garda circuit, and the Savio circuit in Ravenna. And, of course, Monza, where Pirelli first took part in 1922, the year it was opened. And then, in 1923, on Martin de Alzaga’s Miller, in 1924 on the victorious Antonio Ascari’s Alfa Romeo P2, and again on Alfa Romeo, driven by Gastone Brilli Peri (after the death of Ascari), who became world champion. The 1930s and ’40s brought the triumphs of drivers such as Tazio Nuvolari and Nino Farina, also in Alfa Romeo and Ferrari, at Monza and in the famous Targa Florio and Mille Miglia races. There is also a wealth of documentation on participation in international races in the 1930s: the Tobruk-Tripoli, the Leopolis Grand Prix in Poland, the San Sebastián GP in Spain, the Finnish GP, the Brazilian GP in Sao Paulo, and many others.

With the catalogue of the car-racing series now complete, all the photos of car races commissioned by Propaganda Pirelli from the 1920s to the 1950s are now available online. Visitors can use keywords to filter the images and thus retrace the feats of great drivers, great cars and great circuits, such as the one at Monza: a story that still continues today…