One record-breaking afternoon in 1937 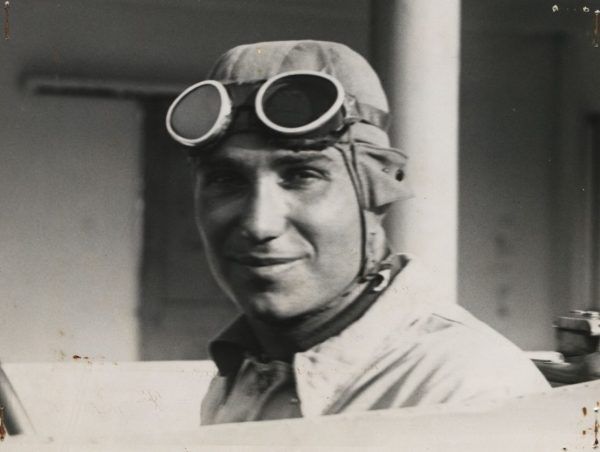 Amidst the numbers and charts of a test report from 1937 – preserved in the Pirelli Historical Archives – you’ll find the story of the Pirelli MotoCord tyres that set the land speed record that year on Taruffi’s Gilera Rondine.

Mr V*, an engineer, put down the phone and took a moment to think. On the other end, Piero Taruffi had been categorical: the land speed record “had to” be set. He needed it, both for himself and for the good name of Gilera. The motorcycle, a Rondine 500, was ready. Taruffi had given it a special aerodynamic fairing to be able to draw maximum performance out of the engine, but, being an engineer himself as well as a famed racing driver, he knew that a great deal would also depend on the tyres. So this is what he had said on the phone to Mr V*, then the head of Office B for Pirelli’s Tyre Engineering department: “I’m sure your striped MotoCord is just what we need. I just think that the rear tyre should be looked at again and widened, don’t you think?”.

Taruffi was right. It all came down to the width of the rear tyre, because 80-plus horsepower isn’t easy to transfer to the road. Mr V* got up and went to the file where he kept the specs for the test tyres. There it was, dated 8 June 1937, just a few months ago. “Rigato Ultraleggero” (striped ultralight), tread pattern number 1134, size 3.75 by 19. They had managed to make an excellent rear tyre, but it may still have been a bit too narrow for the power and speed of the Rondine. So Mr V* took a clean sheet of paper and started jotting down some numbers. He reran the calculations, increased the widths by a few millimetres, and designed a new profile for the tread. He checked it all again. Alongside the phrase “Copertura speciale da primati” (special record-breaking tyre), he added his initials and sent it all to the factory where those record-breaking tyres would be produced the next day. It was 5 October 1937.

On 21 October, along the Brescia-Bergamo stretch of motorway, Piero Taruffi’s Gilera Rondine covered the flying kilometre in just 13.13 seconds at a record-breaking speed of 274.481 km/h. We don’t know if Mr V* was among the group of people on hand for the undertaking, and the photos taken at the time can’t tell us, but those MotoCord tyres “designed” by V* on that afternoon of 5 October were most certainly there, and they once again did their job to perfection.