“A Test Run Like No Other”:
Scipione Borghese’s Itala with Pirelli Tyres
in the 1907 Peking-Paris Motor Race 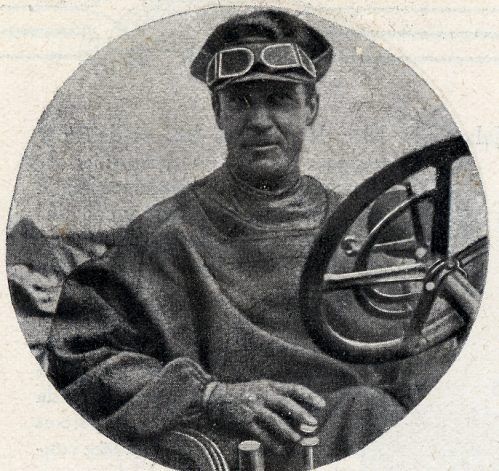 On 31 January 1907, the French newspaper Le Matin announced an extravagant challenge: “Is there anyone who agrees to go from Peking to Paris by car next summer?” Twenty-five teams responded to the call, but only five turned up, in what was then called Peking, on 10 June: a 6hp Contal three-wheeler and two 10hp De Diou-Boutons, each with a French crew, a 15hp Spyker with a Dutch crew and a 40hp Itala with an Italian crew consisting of Prince Scipione Borghese, the mechanic and chauffeur Ettore Guizzardi, and a Corriere della Sera journalist, Luigi Barzini. Borghese was a mountaineer and traveller, born on 11 February 1871 in Castello di Migliarino, in the province of Pisa, the son of Paolo Borghese, the ninth Prince of Sulmona, and the Hungarian Countess Ilona Apponyi. He had already journeyed in 1900 from Syria, through Mesopotamia and Persia to the Persian Gulf, and he later reached the Pacific Ocean. He was elected to Parliament in 1904, and the following year he founded a political magazine called Lo Spettatore. With a passion for motoring, he decided to take part in the Peking-Paris adventure in 1907. As he himself recalls in the introduction to Peking to Paris: A Journey Across Two Continents in 1907, the book written by Luigi Barzini at the end of the journey, “when I took up the challenge laid down by the Matin I had this intention before my eyes: to demonstrate that a well-built car, driven with prudence and care, is capable in practice of replacing animal traction on long journeys, with or without roads. […] And the Peking-Paris showed I was right.”

Unlike his opponents, Scipione Borghese chose a car of great power and of considerable weight – two tonnes – while the heaviest of the other cars, the Spyker, weighed 1.4, for his experience convinced him that it would be more likely to withstand the difficulties posed by such a journey. The prince wanted everything to be made in Italy and for the tyres he turned to Pirelli: they were to be of the maximum diameter, to ensure greater resistance to sinking, and he wanted the front and rear wheels to be the same size, so they would be easier to change around. After starting up production of bicycle tyres in 1890, Pirelli had begun the experimental production of “pneumatic trimmings for automobiles” in 1899. Although these were derived from bicycle tyres, there were considerable technical difficulties to be overcome, since the company had to keep up with the constant progress being made by manufacturers of cars, of which tyres were viewed as the weakest point. After years of research and after filing a number of patents, Pirelli tyres emerged from their initial experimental stage in 1905 and the success achieved in the extreme conditions of the Peking-Paris race proved their quality in the eyes of the whole world. Borghese recalled that “The Itala completed the long journey without abnormal wear, on roads that were almost always bad, often terrible, in weather conditions and temperatures that put the entire mechanical organism to a very harsh test […]. All the components […] were tested to the extreme. It was a test run like no other.”

The prince studied the route in meticulous detail, plotting a way across Mongolia and Siberia, where some passes were wide enough to let cars go through, and he organised all the logistics without leaving anything to chance. They were able to carry three hundred kilos of petrol and one hundred kilos of oil on board, which was enough for them to drive for about a thousand kilometres. Supplies were placed along the route – at distances arranged so that they could fill the car to capacity – and Pirelli sent out the tyres to the various staging points. But very few changes were required and the Itala was the first to reach Paris, on 10 August 1907, having used a total of sixteen tyres on their 16,000-kilometre slog. When they reached Paris, the four tyres on the car still had plenty of life in them, and indeed Borghese and the Itala travelled all the way back to Milan with them. It was an excellent result, and Scipione Borghese personally congratulated Giovanni Battista Pirelli. The company was now on its way towards a long history of sporting successes.