A fund to save cultural enterprises, too: they are the cornerstones of community and economic development 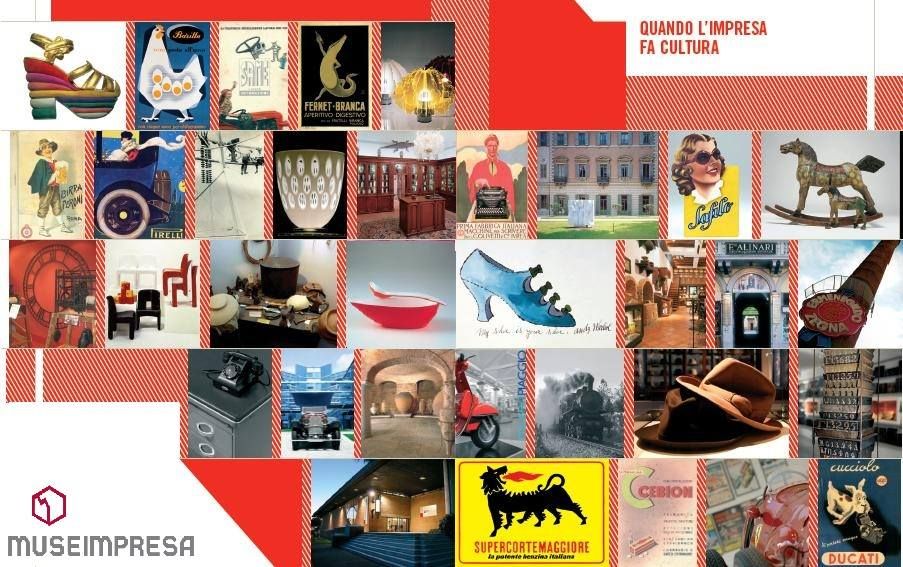 “Whereof what’s past is prologue; what to come in yours and my discharge”, writes William Shakespeare in the second act of The Tempest – the future is in our hands. It is a particularly apt adage, in these dramatic days of pandemic and fear, for our health and for the economic and social prospects of the world, because it speaks to us of memory and of an awareness of what has already been done – both good and evil – in our past. It also speaks of the responsibility that we have for the plans and decisions we make to build a better tomorrow, with a greater balance: in the world of health, safety, work, well-being and, of course, freedom, in the rationally interwoven fabric of rights and duties that provides the foundations of our irreplaceable liberal democracy. It speaks to us of culture.

And so we come to the point: “Culture is our great strength”, maintains a document signed by the three Ministers of Cultural Heritage of Italy, Germany and Spain, Dario Franceschini , Michelle Müntefering and José Manuel Rodriguez Urbes (Corriere della Sera, 4 April). There is a common awareness: “What would have become of us right now without books, films and music as sources of refuge and support? Without the artists who created them?”

The three ministers claim that “the strength of our international policy on culture and education can make a substantial contribution right now, helping us to be more united in these times of need”. For many years, in Europe, “we have been acting at cross-border level: we have strengthened and consolidated cultural cooperation and scientific diplomacy between nations. We conduct research together on environmental changes and on the scarcity of resources, we make music together, and we learn and live together”. Now, “it is right and important that in each of our countries, we have adopted timely financial aid measures to provide support to the many creative professionals and cultural institutions whose existence is under threat. We are laying the foundations that will enable us to benefit from communal enjoyment of art and culture after the crisis. Although we already predict that this crisis will leave deep scars, we nonetheless believe that in the future, the curtain will rise once again in opera houses and theatres, people will pack into cinemas, and young people will gather at festivals to dance and hug each other”.

We are standing face to face with a process of digital transformation, and are seeing the impact of digital technologies on global society. People are interacting in an innovative way, and audiences are expanding. The three ministers continue: “We are also seeing that culture can offer solutions. These new formats are much more than an emergency survival aid. They offer us the opportunity to access new cultural and educational channels, without having to stop at borders, contributing to the creation of a European public opinion. As such, we have agreed to come together to reflect on how we can develop and support digital forms within international cultural policy. To this end, we will be inviting cultural and creative professionals from each of our countries to take part in a virtual discussion forum, which is scheduled for the second half of the year”.

The conclusion reached is an interesting one, designed to strengthen the very idea of Europe: “The many creative ideas that are emerging in the heart of our civil societies and that are cropping up throughout Europe, especially in digital spaces, are serving to encourage us, showing us how to get through this period. The stimuli provided by civil society are teaching us how to develop digital spaces for the benefit of everyone: we are moving away from selfishness and graduating towards a greater sense of solidarity. This is a thought that must now serve as guidance for all Member States. Through this approach, the concept of Europe can also get through the crisis and come out stronger”.

The document published by the three ministers of culture offers a panorama which can be used as a point of reference for the initiative which is appealing for a National Fund for Culture, launched on 26 March in the pages of daily newspaper Il Corriere della Sera by Pierluigi Battista, and taken up by Andrea Carandini for Fai, Andrea Cancellato and Umberto Croppi for Federcultura, Carlo Fuortes for the Teatro dell’Opera in Rome, by those who write for Museimpresa, by Piergaetano Marchetti for the Corriere della Sera Foundation, by Innoceno Cipolletta for Confindustria Cultura, by Giovanna Melandri for Maxxi and by many other leading names from the world of culture and cultural enterprises. More than 1,500 other signatures have been collected in support of this fund, which is guaranteed by the State and open to contributions from citizens who wish to bolster the cultural sector during this current emergency and during the crisis of liquidity, a result of the general closure of museums, cinemas, theatres, bookshops and all places where culture is created and where actors or spectators participate in cultural activities.

Battista’s words are worth revisiting: what is required is “a plan, through which Italian savers can help save our immense heritage – represented by the theatres and cinemas, opera houses, museums, galleries, archaeological sites, auditoriums, dance companies, orchestras, bookshops, libraries, conservatories, art and photography schools and art and craft workshops that currently directly engage well over half a million Italians – from disaster and death. And we must do so in haste, today, in the next few days, when we’re still locked up inside our houses”. Battista insists that this plan must be implemented “alongside government policies, tax relief, assistance and public funding measures, which must be substantial and generous if Italian culture is not to die of asphyxiation: but this is not enough, there’s no time to waste”.

Indeed, “those who work in theatres or in museums, the entire human and professional world that revolves around film and audiovisual production, the musicians who keep our orchestras alive, the bookshops without which publishing would no longer exist because online platforms – although welcome – are not enough, along with all the other people who work within the world of culture and art must know that in order to start again, once the lockdown is over, they must have the financial capacity to do so. To provide both meaning and the prospect of a new beginning”. In conclusion, “culture also needs air, because its thousands of institutions – large and small, central and peripheral, public and private – are the lung of a country. And it would be a great thing – and indeed, a necessary step – if the Italian people, who are proving so prodigious with their donations in these tragic days, were to take a central role within a fund that serves to keep that lung alive”.

Creativity, storytelling, representation, participation, and through cultural processes and activities, the construction of a better community of educated, aware, incisive and responsible citizens.

This is a dimension that naturally also regards corporate culture, which is deeply rooted in the local regions, and which can leverage the distinctive strength represented by the beauty and quality of products manufactured and the international calling of the companies involved in this process. Corporate culture, therefore, serves as both a source of identity and an important element of competition.

A multifaceted culture, sophisticated and of the people, that links humanistic and scientific knowledge, Leon Battista Alberti and Leonardo, the discoveries of Galileo and the Enlightenment intellect of Verri and Di Beccaria in Milan as it prepared for the arrival of industry, Boccioni’s avant-garde artistic vision in the “The Rises”, foreshadowing the urbanisation and construction of the metropolis (with Gio Ponti taking a leading role with the Pirelli Skyscraper, a symbol of the economic boom, just sixty years ago), not forgetting the chemistry of Nobel Prize winner Giulio Natta, transforming the dimensions of Italian industry from national to global. Theatres and music, supported by a large number of entrepreneurs as patrons. Adriano Olivetti’s culture, along with design and technology. And that of a long series of other companies that base their ability to “do, and do good” on quality and original aesthetics, and on their relationship with design and contemporary art, dominating the market niches which boast the greatest added value throughout the world.

In short, economic development would not exist if our businesses were not characterised by such robust cultural foundations. The key to innovation lies not so much in a combination of “business and culture” but in a synthesis of the two – “business is culture”.

Corporate foundations are living proof of this, as is confirmed by Museimpresa’s decision to support the proposed cultural fund.

Museimpresa itself was established on the initiative of Assolombarda and Confindustria, and has more than ninety members, including the museums and historical archives of both large companies (Eni, Leonardo, Ferrovie, Poste, Pirelli, Generali, Banca Intesa, Unipol-Sai, Barilla, A2A/Aem, Lavazza, Dalmine and Tenaris, Reale Mutua, Bracco, Campari, Magneti Marelli, Piaggio, Touring Club, Benetton, Corriere della Sera Foundation, etc.). ) and medium-large, medium and small companies (Dompè, Zambon, Same, Nicolis, Kartell, Alessi, Molteni, Ducati, Peroni, Keyline, Amarelli, Cimbali, Cozzi, Amaro Lucano, Pasta di Gragnano and many others). The purpose of the organisation is to safeguard memory as a driver of historical awareness and a means of reviving the value of companies as responsible social players. At the heart of this identity lies an awareness of the powerful link that exists between cultural heritage and the desire to build and foster work, well-being and social inclusion – within companies in particular. Culture, change, solidarity and support, in a shared future characterised by sustainable, environmental and social development. Investing in and valuing culture, science, research, resourcefulness and the bodies that represent these characteristics, especially in these painful times of crisis, is the key to beginning to live and grow again, planning a future with a greater and better sense of balance.

Max Weber, the “black swan” and Churchill’s “Keep Calm”: how to face the coronavirus and the recession without giving in to panic, but building the future instead
The virus pandemic has revealed the fragility of complex societies, but reaffirms the importance of science, knowledge and good healthcare
Rereading Keynes and planning investments in health, the environment and scientific research
Load more
Grazie per la tua richiesta
Abbiamo preso in carico la tua richiesta, il team della Fondazione Pirelli ti contatterà per confermare la disponibilità.
Grazie per la tua richiesta
La prenotazione al momento non è disponibile.
Thank you! Registration was successful!
We have sent you an e-mail to the e-mail address you provided. Click on the link inside to confirm the registration.
Register
Already registered? click here
Warning! Check the correctness of the data entered.
Enter
Forgot password? click here
Warning! Check the correctness of the data entered.
Forgot password?