The reasons why we should employ the best Italian energies for a recovery and development plan, making good use of EU and ECB resources 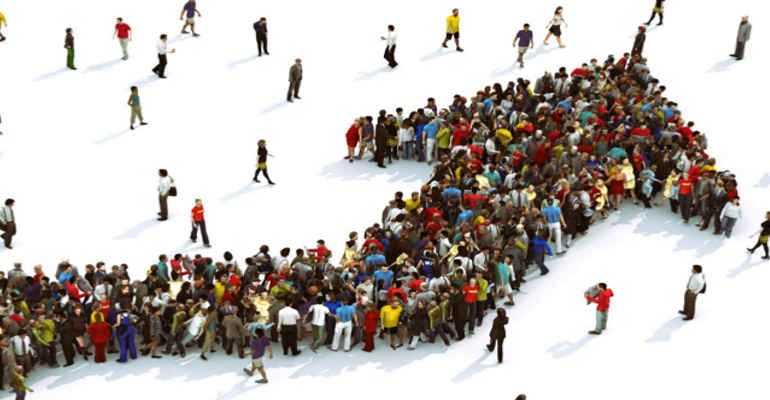 What is the deeper meaning of policy-making? The Anglo-Saxon language, which is both precise and pragmatic, distinguishes policy from politics; using the two terms to indicate, on the one hand, the values, plans and strategies and, on the other, the concrete choices made by the government, institutions, public administration bodies and the actions taken by the “practising” political parties. As in all human activities, there are areas which rub up against each other and overlap, such as between policy and politics. But the distinction remains, and must not be forgotten, in order to steer clear of confused language that can lead to ambiguous and confused choices.

In the debate that is raging in Italy on a daily basis, there are those who denounce companies who behave like “political entities” (including Fausto Bertinotti, former leader of “Rifondazione Comunista”, the Communist Refoundation Party, in the pages of Il Riformista newspaper, criticising the position taken by Confindustria with regard to the need for economic recovery in the wake of Covid 19). And the echoes of other controversies can also be heard, including those concerning the “partito del PIL” (the GDP party), the “strong powers”, and the alleged prevalence of interests over values in business decisions.

As such, it is worth seeking a degree of clarity, particularly at such a difficult time for the Italian and European economy and society, caught between the pandemic and the recession (the deepest of the last 75 years), and yet driven by an extraordinary will to recover, despite the fears, anxieties and the painful acknowledgement of its own fragility. In actual fact, companies, as social players, are “political entities”. And once again, during this crisis – as has been the case in other dramatic twists and turns in Italian history (beginning with the 1947 agreement between Angelo Costa, president of Confindustria, and Giuseppe Di Vittorio, leader of CGIL, at the start of the process of reconstruction of war-torn Italy, characterised by the dictum “first factories, then houses”) – business organisations, from Confindustria to its local and sector-based offshoots, have taken a position which focuses less on the interests of the trade category as a whole than on the need to safeguard and relaunch the entire country system. Similarly, trade unions and other representative organisations are also “political entities”, at a time when long-term thinking has got us talking once again about the positive role of intermediate bodies, as the conceited idea of the end of intermediaries and the pre-eminence of the direct channel between leader and people begins to tarnish. And “getting politics right” is a general responsibility, essential for Italy’s future, within the context of Europe’s recovery.

Companies have skills and knowledge. A strong link with regions in which they operate. They play an active role in strengthening community ties, from welfare – in the integration between the company and the region – to training, and from environmental sustainability to the promotion of the positive elements of social capital. And for a long time, these companies have been cultivating general ideas on how Italy could be developed more effectively. They are the key players in the “sweet patriotism” promoted by Carlo Azeglio Ciampi as President of the Republic. And in the Quirinale (with President Giorgio Napolitano before and President Mattarella now), they have never missed a chance to draw attention to the fact that Italian democracy and values – which must guide economic growth – represent a fundamental point of reference, both institutional and civil.

In an era in which we are seeing a shift from a culture founded on the primacy of shareholder value (the interests of shareholders, profits and the share prices on the stock exchange) to one that is based upon stakeholder value (namely those values that concern employees, suppliers, consumers and communities) – and where Italian companies can leverage their approaches to environmental and social sustainability – knowing how to be a “political entity” capable of general thoughts and opinions assumes a strategic importance that should not be underestimated.

The crisis accentuates this long-term role. “In the last decade, Italy has grown much less than the rest of Europe, producing less wealth, and the debt/GDP ratio has worsened. Now, we must either draw up a project that is focused on stable and lasting growth, engaging the best experts in the country, or alternatively, resign ourselves to the fact that in the medium term, the debt at 160% of GDP will fall upon us, and obliterate Italy”, says Marco Tronchetti Provera, CEO of Pirelli 8 “Affari&Finanza – la Repubblica“, 18 May). A major undertaking, then. And one that makes use of the very best skills that exist in the country. Values, ideas and general interests. And a job that we must do together. These are policy choices, indeed. And choices that call for a general and forward-thinking assumption of responsibility that involves institutional and social players.

In the last few weeks, the new president of Confindustria, Carlo Bonomi, and many other businessmen and women have vocally insisted that companies must play a central role in the reconstruction and relaunch of the country. And today, in the face of the massive resources made available by the EU and the ECB (which we talked about in last week’s blog), Italy cannot afford to miss out on this opportunity to implement an ambitious initiative designed to radically transform and relaunch the economy. An initiative that is able to salvage productivity and competitiveness, putting right both old and new environmental failures and social imbalances.

Projects, then. And plans. For innovation, research, the environment, infrastructure and digital transformation, not only with regard to industrial operations and services, but also in the public administration sector. And for training, schools, and culture in the widest sense.

In Sunday’s Corriere della Sera, Ferruccio de Bortoli spoke emphatically of the central position that a major investment in schools must take, in light of the fact that they represent a pivotal place for the improvement of the civil conscience and the establishment of a new ruling class, combining public and private resources. This is another tip that we should take heed of. It is a challenge to which companies have long been particularly sensitive. The challenge to engage in “good” politics. Responsible policy. Which demands competent, forward-thinking politics.