Funding to keep companies alive: the time factor is essential to avoid collapse 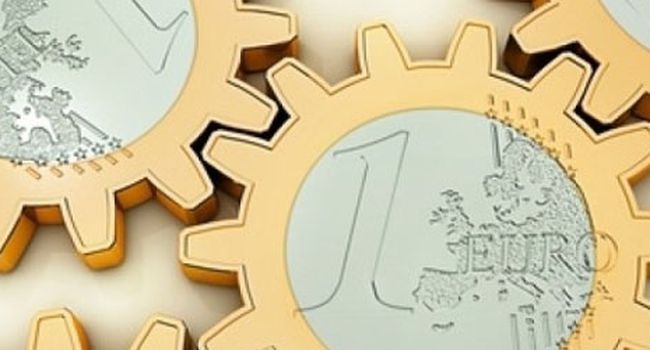 Italian companies, especially small ones, are caught in a vice which, despite the government’s repeated promises, they can’t get out of. During the pandemic months they’re not working, delivering, invoicing or earning. Factories are at a standstill, workshops are shut and services are frozen, from restaurants and bars to hotels and sports centres and countless other businesses. Theatres and cinemas are closed. Most bookshops are closed. A widespread, growing fear grips everyone: the fear of having grown too weary to start again, once the lock-down is finally softened or ended. We need money, ready cash, to carry on living. If not “helicopter money” – an immediate handout to everyone, as if money really were falling from a helicopter, as if it were raining down from the sky – at the very least a rapid financial safety net so the economy doesn’t lose all its dynamism. This would not be merely a subsidy for people in need of an income to struggle through the emergency. It would be a timely way of allowing financial players to keep on doing their job, to produce and to generate wealth and employment.

Prime Minister Conte knows this well. Indeed, on 6 April he called the financial support for small and medium operators “formidable”: 400 billion, half for the domestic market and the other half to support exports. “Firepower,” he added, himself falling into the warlike language so common in these difficult times. Two days later came the “Liquidity Decree“. And so the process has begun, involving SACE (the state-owned export credit company), the Ministry of Economy, the Central Guarantee Fund and the banks.

The Prime Minister’s announcement has given hope to thousands of entrepreneurs; it’s an emergency lifeline, with quick loans at a very low interest rate, guaranteed by the government. But, three weeks after the “formidable” announcement, most of the economic operators have yet to see a single euro.

“An opportunity that’s drowning in the bureaucratic swamp,” as Ferruccio de Bortoli reported yesterday in the Corriere della Sera magazine L’Economia. Bar a few banks, everything remains at a standstill for many institutions: “70% of the system is frozen,” report the banking unions. Mechanisms between funding bodies aren’t clear, computer systems are not aligned, there are still constraints of paperwork. It takes 19 documents to borrow 25,000 euros, Dario Di Vico estimates in Corriere della Sera. And bank managers, without an indemnity policy to protect them from legal liability in rushed investigations and not in line with the drawn-out traditional procedures required by the ECB, refrain from signing the funding applications.

Here’s the problem: the money is there but it’s not getting to the recipients. And the recipients are aware that with each passing day their company nears closing down. And despite professed commitments, nothing else is reaching them: those 600 euros for self-employed persons, the money from the redundancy fund for employees whose companies are closed. Whilst the whole country fights the virus and does all it can to avoid infection, another danger gradually grows worse, that of an economic collapse. It seems like a mockery. Because the money is there, on paper: the ECB has made an enormous amount of funding available (at least 750 billion euros), the EU Stability Pact has been suspended and Italy can fall into debt without the traditional restraints to support recovery; funds for an EU recovery plan, with 1,500 billion for the restarting phase, can be glimpsed on the horizon.

Money on the horizon but not in anyone’s pockets.

Here’s the point: confronted with the consequences from the coronavirus pandemic, there are plenty of political announcements, monumental and complex documents laying out the government’s instructions, but the actual promises are ineffectual. Last night, during a meeting in Milan, Carlo Bonomi, the president of Assolombarda appointed by Confindustria, and Carlo Sangalli, president of Confcommercio, underlined to Prime Minister Conte how an intervention is of the utmost urgency and made practical suggestions so that money could immediately reach the companies. All they got in return was generic reassurance. In an interview to Il Sole24Ore, the Minister of Economic Development, Stefano Patuanelli, announced that 15 billion has been earmarked for small businesses, including non-repayable contributions and government participation in the capital of companies, for a period limited to six years. Another assertion made in good faith. But tangible results? There’s not enough time to sit back and watch.

“If we don’t inject liquidity in small companies the system freezes,” Carlo Robiglio, president of Confindustria’s small business group, fretfully reminds us. “We need 15 billion euros by the end of this week.”

It’s hoped that now, after three weeks of unnecessary delays, something concrete will finally happen.

The investigation by Corriere della Sera‘s L’Economia shows how Germany, Spain and Switzerland have done more, better and quicker than Italy, helping their companies stay on their feet with prompt and tangible support, and placing them in a stronger competitive position.

The feeling is that both government and parties lack knowledge of the economy’s mechanisms and perception of the urgency for concrete measures rather than generic choices. And time is a key factor. Companies don’t deserve to let time pass them by in vain, until disaster strikes, not only for them but for most of Italy’s economy.

Max Weber, the “black swan” and Churchill’s “Keep Calm”: how to face the coronavirus and the recession without giving in to panic, but building the future instead
The virus pandemic has revealed the fragility of complex societies, but reaffirms the importance of science, knowledge and good healthcare
The closed world, fear and the need to rebuild trust for politics, communities, corporate credit and work
Load more
Grazie per la tua richiesta
Abbiamo preso in carico la tua richiesta, il team della Fondazione Pirelli ti contatterà per confermare la disponibilità.
Grazie per la tua richiesta
La prenotazione al momento non è disponibile.
Thank you! Registration was successful!
We have sent you an e-mail to the e-mail address you provided. Click on the link inside to confirm the registration.
Register
Already registered? click here
Warning! Check the correctness of the data entered.
Enter
Forgot password? click here
Warning! Check the correctness of the data entered.
Forgot password?