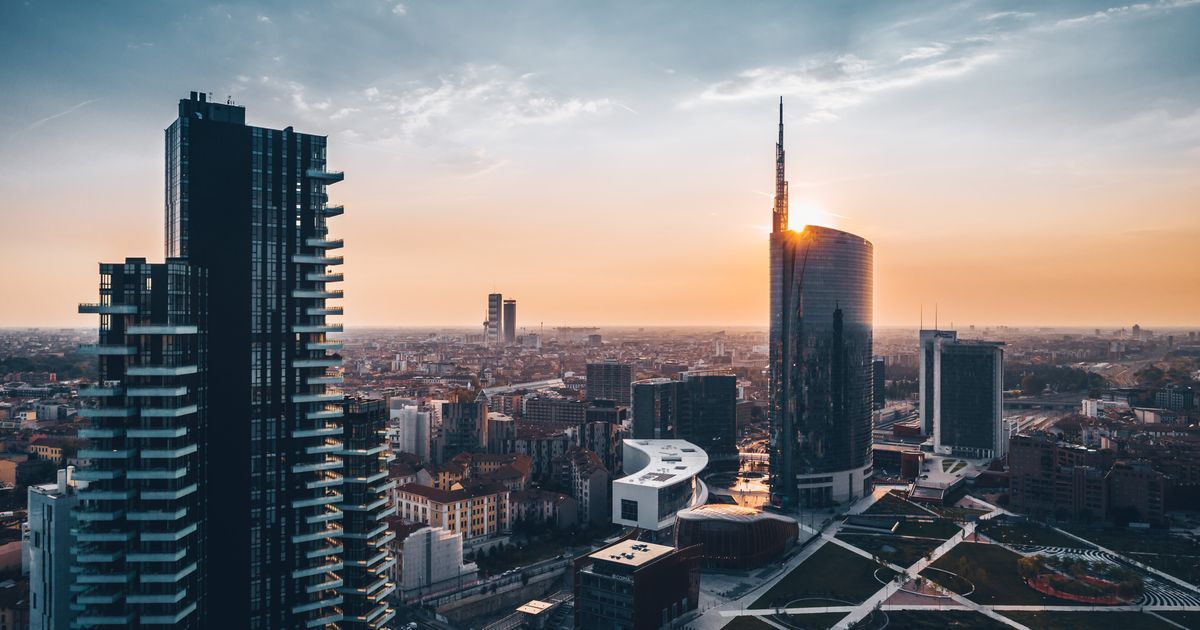 We turn to a tome by Alberto Savinio, an old book published by Adelphi, a little worn by time and use, and we repeat with him, “I listen to your heart, city.” We re-read words that are familiar to us with a new, concerned eye, from the perspective of those who wish to provide an account of the emotions and thoughts of Milan in such a tragic and dramatic time, from the death and sickness caused by the coronavirus pandemic to the concerns regarding the fragility of our economic and social relations.

Savinio, who lived in twentieth-century Milan, wrote of trams and fog, streets of an intense and discreet beauty, and industrious environments, recalling authors like Verri, Manzoni and particularly Stendhal. He observed the moods of a changing city, both working-class and rarefied. Art, culture, industry. No “rhetoric of optimism.” If anything, he wrote with the awareness that “a stronger, richer, more beautiful city” would arise.

Today, on the other hand, we are listening to the voices of the crisis. And, with great alarm, we tune into the echoes of a real polemical assault against Milan and Lombardy as a whole, which brings serious risks for the Italian economy: the locomotive has screeched to a halt, the model has been turned on its head and is now in the negative, the primacy of the adage “do, and do good” smashed to smithereens under the weight of the growing toll of sick and dead. Someone from the Movimento 5 Stelle (Five Star Movement) has even dared to venture the idea of “placing Lombardy under external administration”.

In order not to contribute further to the distortion of facts and data, it is essential to keep a cool head. The open and inclusive metropolis of Milan, and the region that more than any other is at the heart of a sophisticated system of international economic and social relations and exchanges, is the most complex and therefore also the most fragile, and has suffered the most from the virus precisely because of these characteristics. Indeed, as we know, Lombardy is where the highest numbers of sick and dead are concentrated, particularly among the elderly.

Elsewhere, in the Veneto and Emilia regions, the outcomes have been somewhat better.

The healthcare system in Lombardy has demonstrated both excellence (especially with regard to the generous and passionate dedication of doctors and nurses, and in terms of the continued functioning of public and private hospitals and clinics) and grave deficiencies in its structure. When the emergency is over, a period of deep critical reflection on the country’s healthcare system will be essential. But without giving in to propaganda and partisanship, the current situation resembles a game of partisan polemics that is not good for anyone – Lombardy is being led by the Lega Nord against the central government supported by the 5 Stelle and the Democratic Party and vice versa, the majority parties are working against the government of the Region, and bizarre threats have been made about closing the borders of the Campania region “to Lombards and Venetians” by Governor De Luca (Democratic Party). The judicial inquiries that have been launched into the deaths of elderly residents of the Pio Albergo Trivulzio retirement homes and others like it will run their course, hopefully without excessive media hype. And then, we will begin to gain an understanding of what went wrong.

Shortcomings and the looming shadow of the judicial authorities, however, do not legitimise the media and political aggression against Milan. Piero Bassetti, a politician and economist who was President of the Lombardy Region from 1970 to 1974 before becoming a promoter of Europe-wide initiatives and studies on the links between the “global” and the “local”, made the following statement: “We’ve been getting on everyone’s nerves for years, claiming that we’re the best, so now they’re throwing it back in our faces. But it is a revenge exacted by frustrated, disheartened people.” In an interview with the newspaper Il Corriere della Sera on Sunday, he went on to say: “You can never be the best. Anyway, credit is always given to those who happen to be doing best”.

A frenetic Milan, a hurried Milan, a productive Milan, a Milan that doesn’t stop? There have certainly been errors in terms of the emphasis placed in communications. An irksome vanity. It would be a good idea to learn from the mistakes made. But this is not the right time to attempt to bend the general interests of citizens to satisfy the rhetoric of petty politicians.

There is a word which keeps cropping up in the speeches of the more conscientious individuals, those who actually care about the fate of Italy, a country of the world: the President of the Republic Sergio Mattarella, the former ECB President Mario Draghi and, with an ecumenical spirit, Pope Francis. This word is “together“. The call for us to accept a general sense of responsibility is very clear.

And indeed, conscientious individuals from Milan and Lombardy have always rejected any form of aggression against Rome, even during the city’s most difficult moments. They have not succumbed to the temptations of separatism, or to the arrogant vagueness of the “city-state”. Rather, they have viewed themselves as belonging to regions that are open and integrated with a wider whole: Milan, a European and Mediterranean metropolis, and the axis of positive relations between North and South. And in the spirit of national interest first and foremost, of the “sweet patriotism” that the former President of the Republic Carlo Azeglio Ciampi held so dear, we must once again reiterate that aggression against Lombardy will wound the entire country system.

Milan, struck down by Covid 19, but also by productivism, profiteering, the frenzy of people who never really change? It is essential that we remember both the limits and the strengths of Milan and Lombardy, strengths that have and will continue to have a positive effect on Italy as a whole. The region is worth a quarter of the entire GDP of Italy (with consequences for national tax revenues and therefore for public spending in general, as well as for welfare and investments) and a significant share of exports. The area holds a record number of patents and is home to a host of international companies, maintaining high standards of scientific, medical and pharmacological research, and it also boasts some of the best universities in Europe, attracting brilliant minds, resources and talent from all over the world. It is a region characterised by industriousness and a multidisciplinary culture. By active intelligence. And by a deep sense of social solidarity.

But alas there is another element in this climate of aggression towards Milan and Lombardy: a radical protest against business, of which Milan is a paradigm. Welfarism against productivity, the spectre of “IRI2 ” (the public and political management of businesses, which has all too often ended in disaster in recent Italian history) against private business, bureaucracy against efficiency, the desire for politics to dominate the economy instead of competitiveness and a well-regulated market. Party “clientèle” against merit, competence and conscientiousness. These are the negative temptations of a returning statism, which are at risk of seriously undermining any attempt to implement effective recovery and sustainable development policies within the European context.

One point must be clear in the minds of the general public: wealth, work and well-being are the fruit of business activity. And there is no recovery without business.

The “against Milan” or “Lombardy against Rome” strategy does not work, above all for Italy’s key economic players – this is something that has been demonstrated by the results of the consultation to elect the new president of Confindustria. Carlo Bonomi, president of Assolombarda, was appointed to the role with two thirds of the votes of the General Council of the organisation. Natives of the Lombardy, Veneto, Emilia and Campania regions voted for him, as did those from Rome, Calabria and Sicily – a cross-cutting consensus with the desire to highlight the values of national interest, placing a single strategy for recovery centre stage. “Together”, once again.

Max Weber, the “black swan” and Churchill’s “Keep Calm”: how to face the coronavirus and the recession without giving in to panic, but building the future instead
The virus pandemic has revealed the fragility of complex societies, but reaffirms the importance of science, knowledge and good healthcare
The closed world, fear and the need to rebuild trust for politics, communities, corporate credit and work
Load more
Grazie per la tua richiesta
Abbiamo preso in carico la tua richiesta, il team della Fondazione Pirelli ti contatterà per confermare la disponibilità.
Grazie per la tua richiesta
La prenotazione al momento non è disponibile.
Thank you! Registration was successful!
We have sent you an e-mail to the e-mail address you provided. Click on the link inside to confirm the registration.
Register
Already registered? click here
Warning! Check the correctness of the data entered.
Enter
Forgot password? click here
Warning! Check the correctness of the data entered.
Forgot password?