The media runways and the plans for development. There’s a keyword missing: execution. Concrete choices and the responsibility of those who are called upon to act 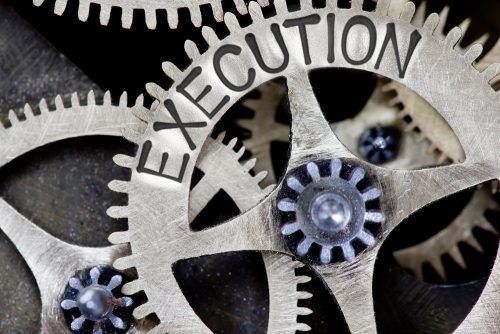 The objective is, of course, one that we all embrace: to create an Italy that is “stronger, resilient, and equal”. And so is the drive to promote three key areas: “digitisation and innovation”, a “green revolution” and “gender equality and inclusion”. The robust document delivered by the task force of experts led by Vittorio Colao to Prime Minister Giuseppe Conte – containing the 102 operational proposals to relaunch Italy and lead it out of the crisis caused by Covid-19 and the resulting recession – is the fruit of a detailed expert analysis of the many limits that have been holding back development in the country for some time. In light of this, it provides an indication of the choices that must be made, both to combat the current emergency (the drastic drop in income suffered by millions of families and workers, the paralysis of many businesses) and to finally set Italy on a more positive path towards development, with a major focus on businesses and work. And the decisions that are made in terms of the interventions to be implemented (with regard to digital innovation, infrastructure, training and research, the modernisation and streamlining of the public administration sector, environmental and social sustainability, culture) reflect the approach that has long been championed not only by the most sensitive and attentive players on the economic and social scene, but also by the more responsible forces in politics.

It’s hard to disagree with them. And it is clear that such an expertly-drafted and well-informed document will invite criticism from the corners of the political world that continue to take an adversarial approach against Europe, proposing flat taxes and doors that are barricaded shut by short-sighted economic nationalism, as they pursue the dream of welfarism and fantasise about the “master state” as if it were some kind of panacea.

“A book of dreams”, say the critics of the Colao plan. A catalogue brimming with good intentions. Yet another document that will end up being smashed to pieces by the desire to preserve those political circles that are unwilling to accept change. In actual fact, it is a serious indication of the steps that must be taken. An exploration of the many things that have unfortunately not been done to date, and that are now essential. A plan which must form the basis for concrete, urgent decisions that focus on the future: the responsibility of the government and parliament.

Now, they are awaiting the States General that President Conte wanted to summon at the end of the week, in order to discuss the measures to be taken to relaunch Italy’s development. A runway procession of intelligence and skills, of the highest national and European standard. A review of the well-formed proposals from Confindustria and the trade unions and from a host of social and cultural organisations.

Will they help? Politics has its own customs and ceremonies. Liberal democracy thrives on the transparent acquisition of approval and support. A certain degree of rhetoric and propaganda is unavoidable.

But then, it will be a matter of deciding what, in tangible terms, should actually be done, as well as how and when, with a clear view of the results to be achieved.

So far, we’ve had plenty of announcements from the government. But the results have been poor, particularly with regard to the money from the unemployment fund for workers and the emergency loans for companies (which are anything but “lazy”, whatever Tridico – the president of Italy’s National Social Security Institute (INPS) – may say). We have listened to the pledges to take action from Palazzo Chigi and a large number of ministers. These are clearly ineffectual, however, as the social unrest and challenges to recovery continue to grow.

Accordingly – announcements aside – having listened to the social players and read the plans, documents and projects from their task forces, the government and the various political forces must quickly state what they intend to do, with what resources, with what objectives and according to what agenda in terms of time-frames and results.

In the language of corporate culture, there is a key word that is relevant here: execution. Every entrepreneur, every good manager is confronted with it. Decisions, goals, realisation, measurement of results. And as such, responsibilities. Who does what, and how they will be accountable for it.

But the concept of “execution” remains a mystery in the corridors of power, and in the minds of those who aspire to govern. Laws are made (and these are often unclear, contradictory, badly written), in the conviction that a regulation is enough to improve reality. But nobody really knows how to apply these laws, or when, and with what effects. Nobody is held to account, in the murky world of regulation implementation, bureaucratic obstacles, formalities, wearying checks and controls, and overdue judicial sanctions.

Now, we have an enormous financial endowment at our disposal, with the EU funds (those that we have not yet succeeded in spending, and which have become available to us once more), the resources freed up following the suspension of the Stability and Growth Pact, the cash provided by the European Stability Mechanism (around 36 billion Euros, under particularly advantageous conditions, to be spent on health) and the money from SURE (to finance the unemployment fund), not forgetting the means provided by the ECB to provide loans to families and businesses. And on the horizon, we can catch a glimpse of the “Next Generation” EU recovery fund, a programme which will run over a number of years. Never has there been so much money available to restart Italian development within the wider European context.

The real political challenge will lie in spending it well. The EU has given us some general directions: focus on the green deal and the digital economy, or in other words, environmental and social sustainability and technological innovation. These are indications that are already being followed by the most innovative Italian companies, and they echo those provided in the Colao document, as well as the stance of Confindustria and some of the leading studies in Italian and international economic literature. It’s nothing we don’t already know, even with regard to the details of the choices to be made (infrastructure to be built according to EU standards, as per the new Ponte per Genova bridge, or Expo 2015, for example; or the fiscal leverage for hi-tech Industry 4.0 investments; or again the resources provided to ensure the best use of digital assets, Artificial Intelligence, big data and robotics, from industry to training, and from health to smart services).

Now, then, it’s about action. And there’s no time to lose: we already know that either we get the cogs of the economy moving again (in a country where productivity has been at a standstill for twenty years, despite the efforts of the leading companies to innovate and invest), or public debt will overwhelm us.

Government, then. Decisions. Reforms. Investments. Execution. Beyond the bright lights of the runway, beyond the rhetoric, and beyond the States (more or less) General.

Rereading Keynes and planning investments in health, the environment and scientific research
Max Weber, the “black swan” and Churchill’s “Keep Calm”: how to face the coronavirus and the recession without giving in to panic, but building the future instead
The closed world, fear and the need to rebuild trust for politics, communities, corporate credit and work
Load more
Grazie per la tua richiesta
Abbiamo preso in carico la tua richiesta, il team della Fondazione Pirelli ti contatterà per confermare la disponibilità.
Grazie per la tua richiesta
La prenotazione al momento non è disponibile.
Thank you! Registration was successful!
We have sent you an e-mail to the e-mail address you provided. Click on the link inside to confirm the registration.
Register
Already registered click here
Warning! Check the correctness of the data entered.
Enter
Forgot password? click here
Warning! Check the correctness of the data entered.
Forgot password?