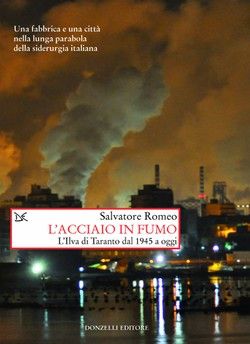 Telling the story of business and businesses. And particularly, of those who work within them. An undertaking that must be carried out in a comprehensive manner, not only focusing on industry, but also looking at the wider and more complex production system. Telling these stories also means examining the human events that surround and take place within production sites; the social structures that are formed, the aspirations and dreams of individuals and groups, the victories and defeats, the things that need correcting, and the things that must be remembered, valued, passed on.

All of this is part of what it takes to construct a high-level business culture; a culture that does not merely apply to a few, but which is instead understandable and accessible for many, or indeed for all.

This is the meaning that lies behind the five books that have just been announced as the finalists of the 2020 edition of the Biella Prize for Literature and Industry, which on a yearly basis, seeks to give recognition to novels or essays that succeed in capturing the changes that are taking place in the economy and in society, and in exploring the links – which are often strong – between creating literature and creating industry.

The core of topics – which range from the context in which production takes place to the experiences of individual entrepreneurs, and from the analysis of various aspects of production that have almost been forgotten to the current possible social structure of modernity, along with emblematic stories of industrial Italy – are the focus of the five titles competing for the final prize, between now and November.

An essay written by Michele Ainis, “Demofollia. La Repubblica dei paradossi” (“democr-insanity: the republic of paradoxes”) highlights all the inconsistencies, short circuits, failings and paradoxes of a democratic system which, in order to be put back on track, must first be analysed and understood. It is the design of the frame within which production is obliged to remain. The author writes: “Italian democracy is as capricious as an unfledged teenager, like a flamenco dancer. Hence its signature style: mood swings, incoherence, whimsical choices.”

Meanwhile, Maria Paola Merloni recounts the story of an entrepreneur whose absence is still keenly felt today, in his “Oggi è già domani. Vittorio Merloni vita di un imprenditore” (“today is already tomorrow: Vittorio Merloni, the life of an entrepreneur”). She speaks of her father’s life, his social and corporate dedication, creating a text that seeks to sketch a model for making courageous choices, for cultivating a passion for work, and for conjuring a sense of responsibility with regard to the collective good. “His is a different distance; not one of space, but rather of time and absence. Of emptiness,” writes the author, who remembers “when the workers who have worked for him and for his company for a lifetime take to the streets to protest – concerned about their future – decide to wear a blue T-shirt bearing his photo and the words: ‘One of us. We miss you.’ ”

Meanwhile, a focus on forgotten souls characterises an essay written by Adriano Prosperi, “Un volgo disperso. Contadini d’Italia nell’Ottocento” (“missing commoners: Italian peasants in the nineteenth century”), which describes the subaltern nature of life as a peasant in the Europe of the past centuries, telling the story of a class that has been erased by the dominant culture. “That past,” writes the author, “is being dizzyingly erased by the change that has seen Italy transformed into a great industrial power. Something other than the sequence of events that concern industry and new technologies, but which has nonetheless in its own way constituted the basis for progress today.”

This today, meanwhile – as Luca Ricolfi explains in “La società signorile di massa” (“Mass noble society”), outlining an element that has been defined as a new category through which to interpret the current social order – is built on the concurrence of three conditions: the fact that the number of citizens not working has dramatically exceeded the number of citizens that work, the fact that access to opulent consumption has now been granted to a large section of the population, and finally, the fact that the economy has entered a period of stagnation, and productivity has been standing still for 20 years.

But this same today has arrived in the wake of a past that is composed of suffering and mistakes, as well as dreams, like the one described by Salvatore Romeo in “L’acciaio in fumo. L’Ilva di Taranto dal 1945 a oggi” (“steel up in smoke: Taranto’s Ilva, from 1945 to today”), which retraces the story of Ilva, the Italian steel company – a story within which economic and business history, urban and environmental history and political and social history intertwine, revealing the tale of a city and its relationship with the steelworks. A story that only “appears to be a local interest story.”

The corporate culture that is recounted and examined by the five titles vying for the Biella Prize 2020 is vast and complex. These are good books which enable us to gain a better understanding of what has happened in the past, and what is happening now, thus allowing us to become more consciously involved in current and future events. 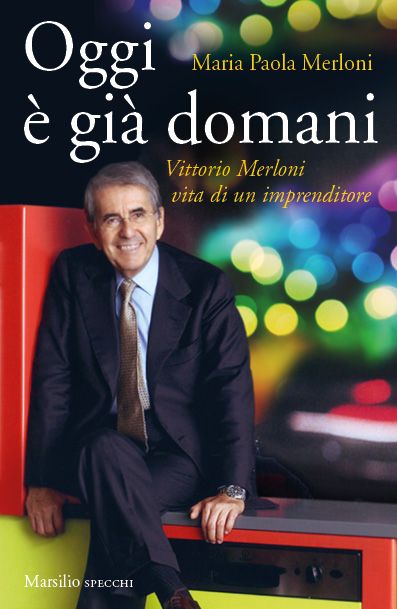 The reasons why we should employ the best Italian energies for a recovery and development plan, making good use of EU and ECB resources
A new Delors plan for the EU And Italy cannot waste money on subsidies
The media runways and the plans for development. There’s a keyword missing: execution. Concrete choices and the responsibility of those who are called upon to act
Load more
Grazie per la tua richiesta
Abbiamo preso in carico la tua richiesta, il team della Fondazione Pirelli ti contatterà per confermare la disponibilità.
Grazie per la tua richiesta
La prenotazione al momento non è disponibile.
Thank you! Registration was successful!
We have sent you an e-mail to the e-mail address you provided. Click on the link inside to confirm the registration.
Register
Already registered? click here
Warning! Check the correctness of the data entered.
Enter
Forgot password? click here
Warning! Check the correctness of the data entered.
Forgot password?