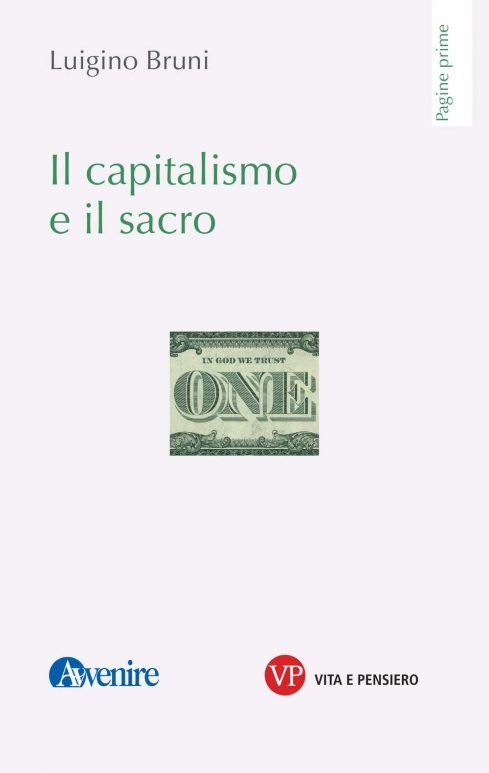 One of Luigino Bruni’s latest books links the economic with the sacred, and opens up new perspectives to help us to understand what is happening today

Economy and religion, business and the church, divine inspiration and the spirit of enterprise. There are many elements that interweave with one another, and these are, at least for the most part, little known. And yet – today above all – discovering more about the links between the economy and religion is fundamental to improving our understanding of a host of phenomena. Both inside and outside companies.

As such, reading Il capitalismo e il sacro (‘Capitalism and the sacred’) by Luigino Bruni – a collection of articles originally published in the newspaper Avvenire and reworked for this book – is certainly not something to be approached lightly. However, it is nonetheless something that should be done, particularly by anyone who – be they a business person or simply someone with an interest in the various facets of today’s economy – wants to take a closer look at one of the most important and yet scarcely known sides of the current economic system.

Bruni structures his arguments around the concept that there has always been a profound link between the economy and religion, between the market and the spiritual, and this still exists, even if, as he emphasises, we have lost the ability to see the religious dimension within economic and social life. The author thus notes that the idea of homo oeconomicus – or in other words, the view of the world and of the social relationships typical of economics – is much older than economic science, and if homo oeconomicus in modern times has been able to affirm itself as an universal ideology, it is because the logic upon which it is based is ancient and rooted in human experience. After all, it was in fact religion that invented the homo oeconomicus, long before the economy. Bruni’s thesis is fascinating. Sacrificial logic is at the root of religious experience. In its essence, sacrifice is nothing more than a currency, a form of commercial exchange that mankind has applied to its relationship with the divine. The very first trader was primitive man, and the first creditor was God. If we fail to take this ancient truth as our starting point, states Bruni, we also fail to understand either capitalism or Western humanism.

And indeed, more than that. The author argues that the religious – or rather, idolatrous – dimension of capitalism informs contemporary economic life in its entirety, and is evident and relevant above all in the culture of major globalised companies which, with their rites, liturgies and dogmas, increasingly resemble churches.

Bruni’s book is divided into five clear chapters. First and foremost, he addresses the theme of the religious roots of homo oeconomicus , before outlining the traits of a ‘neo-managerial religion’, and then the concepts of gratuitousness and sacrifice; the work is brought to a close with a story of the relationship between the economy and the Bible.

Readers are by no means required to agree with everything Bruni has written, but equally, it is clear that Bruni’s writings may have a major impact on an attentive reader, leading him or her to reflect and providing new elements that can help us to understand the reality of the modern economy and production.

Ever provocative, Bruni writes near the beginning of his book: ‘Only God and capitalist finance claim to be able to create something from nothing. … The interweaving of the economy and the sacred is thus both archaic and post-modern at the same time.’