Among the various engineers who made Pirelli great, Mario Mezzanotte undoubtedly deserves a prominent place. From the 1960s to the 1990s, he applied the experience he had gained in the world of racing to the development of road tyres, helping Pirelli establish itself in the segment of high performance tyres and putting it into the leading position that the group still holds today. Mezzanotte joined Pirelli in the 1950s, first working in the Tyre Technical Department, where in 1959 he was one of the inventors of the BS3 tyre with a separate tread. In 1970 he was appointed head of the Tyre Development Department in the US and, shortly after, he became the manager of the sports sector. Pirelli had withdrawn from Formula 1 in 1956 to focus on the development of new radial tyres for road use, but in the late 1960s it entered the rally racing sector. Success was not long in coming, especially with Lancia and the driver Sandro Munari. After the first victory in 1972, with the Fulvia HF, Lancia started racing with the Stratos, an extremely powerful vehicle specially designed for competitions, which needed tyres with a wide tread to ensure maximum grip and safety on uneven roads. Pirelli initially experimented with slick racing tyres, but they were too rigid for the uneven tracks. Going entirely against the general belief that a radial could never meet the demands of a racing tyre, Mario Mezzanotte had a brainwave and made one using a specially modified mould for a slick. And thus it was that the Lancia Stratos abandoned the conventional 205/70-14 and switched to the 225/50-15 radial tyres with a metal belt. Fitted out like this, it won the Rally 4 Regioni in 1974, coming in about a quarter of an hour ahead of the runner-up. The P7 had come into being as the first low-profile radial tyre, which offered considerable grip, a long life, and an absence of vibrations and noise. It was the perfect tyre for racing cars. After its success in rallying, it was also used on circuits, first in Formula 2, in 1979, and then, from 1981, in Formula 1. It was fitted, for example, on Nelson Piquet’s Brabham when he won the French Grand Prix in 1985. His Pirelli radials played a decisive part in this victory, allowing Piquet to skip the pit stop for new tyres while the other competitors had to make one or more stops to replace theirs. Its performance meant that the P7 was chosen as original equipment by several car manufacturers, including Porsche – for its revolutionary 911 Turbo – and Lamborghini. Mezzanotte and his team continued along this successful line and, learning from their experience in racing, a few years later they developed a new low-section road tyre, code-named Zeta, for speeds of over 240 km/h. It was renamed P Zero, to signify the absolute – total perfection. Experimentally introduced as original equipment on the Lancia Delta S4 in 1984, it was officially launched in 1986 as exclusive equipment for the Ferrari F40, and it went on to be adopted by other super cars such as the Lamborghini Countach Anniversary and the Jaguar XJ 220. It was the progenitor of a line of high-performance tyres that combine performance, comfort and noiselessness, and still today it puts Pirelli in the top spot in the high-performance segment. A position for which the foundations were laid back in the 1970s thanks to the intuition and work of Mario Mezzanotte. 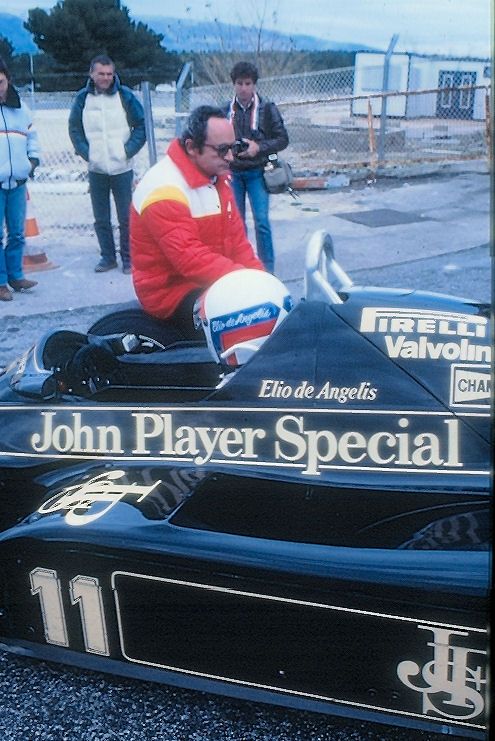