Pirelli for Lancia Aurelia:
From Road to Track 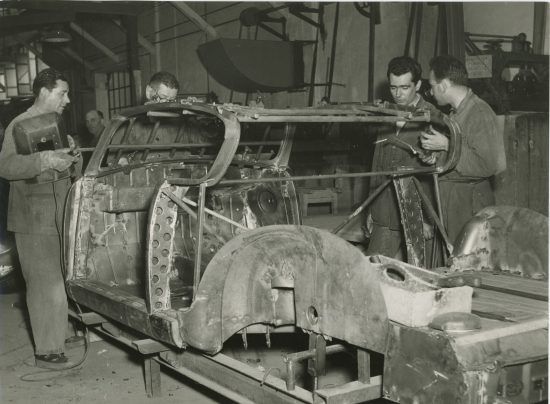 Today Pirelli is at the Museo dell’Automobile, the automobile museum in Turin, to celebrate the seventieth anniversary of the Lancia Aurelia, a car that has written an important chapter in the history of Italian cars. With the Aurelia, our automotive industry definitively left the war years behind it. With the Lancia Aurelia – but also with the Fiat 1400 and the Alfa 1900 – the Turin-Milan axis became the backbone of the Reconstruction, pointing the way towards modern motorisation.

And, of course, Pirelli was there, for in those years, experimentation of the Cinturato radial tyre had been completed. It was designed in particular for these new cars, which combined luxury and a sporty temperament. The Pirelli Cinturato encountered the evolution of the Lancia Aurelia in 1951, when the B20 sedan was joined by the splendid B10 Gran Turismo coupé. The performance of the Lancia was perfectly matched by the road-holding properties of the radial tyre created in the Pirelli laboratories at Milano Bicocca by the engineer Luigi Emanueli, who was then head of the Research and Development department. The tyre was the Cinturato 367, the tread pattern of which symbolised the Pirelli Cinturato for over twenty years around the world.

And indeed, the same tread was to become a feature of subsequent versions of the Cinturato – the CA67 and CF67, the Cinturato H and HS, and then the CN54. Over the years, the system of grooves and inserts has inspired internationally renowned designers such as Ezio Bonini, Antonio Boggeri, Riccardo Manzi, Bob Noorda, Pino Tovaglia, and others. The success of the Cinturato in the popular imagination of the 1950s and 1960s was in part due to the vision and intuition of these artists.

The collaboration between Pirelli and Lancia on the Aurelia project always remained at the highest levels for the sports versions of the car, especially when the Aurelia with a 2.3-litre engine came onto the market. It was now just a step away from racing. By the mid-1950s there was no road race – from the Targa Florio to the Mille Miglia – without its Aurelia on Pirelli tyres. The Aurelia was adored by coachbuilders, with Pininfarina leading the way, thanks to its clean, rational lines, and the equally clean and rational design of its tyres was a perfect match for the characteristics of the car.

In 1958 the road model of the Aurelia was replaced by the Flaminia, while the sports version continued its life in the world of racing, again accompanied by Pirelli. This led to the victories of Alberto Ascari and Piero Taruffi with in their D24 spiders, through to its arrival in Formula 1 in 1954. The sporting partnership between Lancia and Pirelli would go on for another thirty years: in the late 1960s, a new sport called “rallying” saw the success of the Lancia Fulvia HF, which Pirelli fitted with its Cinturato CN36. Then came Sandro Munari’s Lancia Stratos, which called for the development of the brand-new Pirelli P7. And then there were the racing versions of the Lancia Beta: the Montecarlo for touring, followed by the 037 for rallying. All the way to the time of the Lancia Delta, the same age as the Pirelli P Zero, which still leads the way in Pirelli performance today.

Today, to celebrate seventy years of the Lancia Aurelia, Pirelli is at the Museo dell’Automobile in Turin with the Cinturato CA67, a historic tyre that is now enjoying a second lease of life with the Pirelli Collezione project, which is bringing tyres for vintage cars back into production. Documents in the company’s Historical Archive, housed at the Pirelli Foundation, have made it possible to redesign tyres that have all the advantages of the most modern materials, compounds, and internal structures while offering the same driving characteristics and looks as the originals. 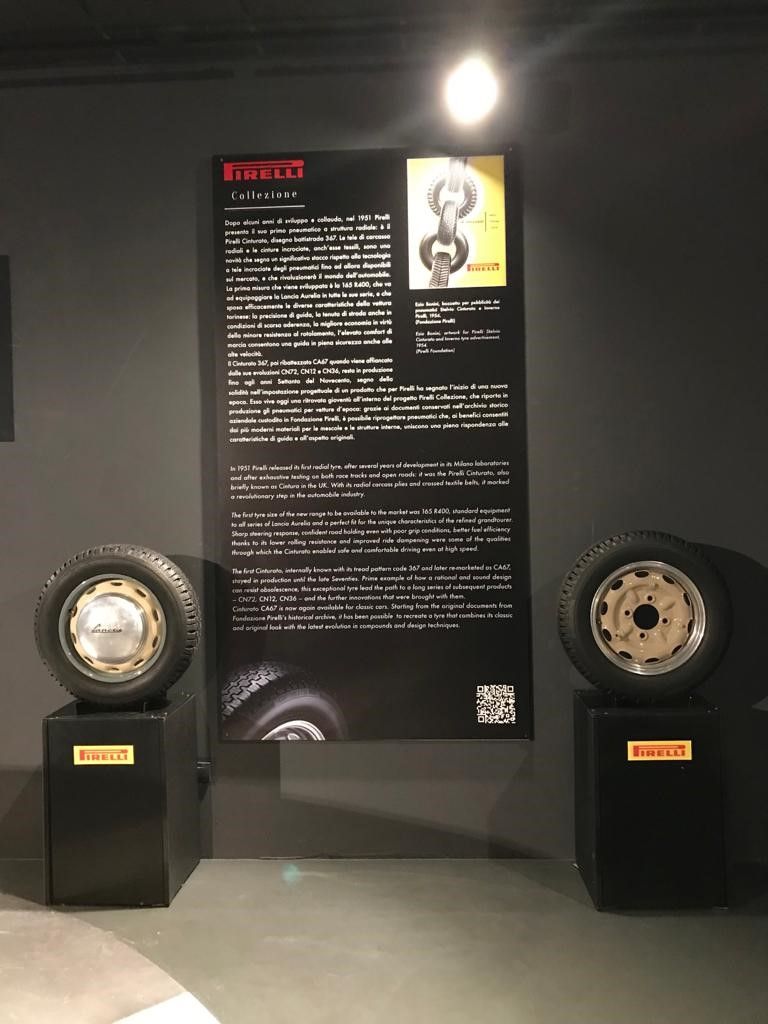