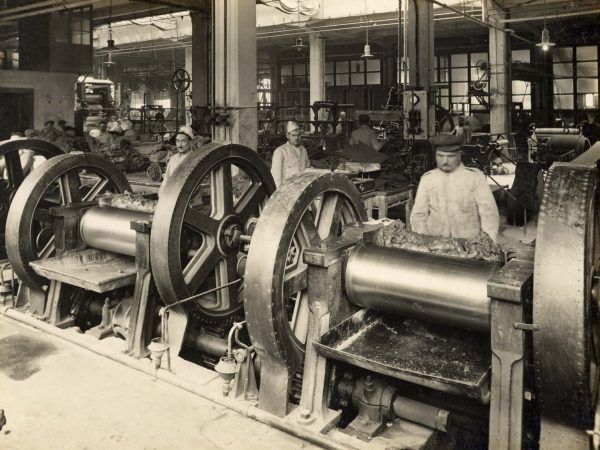 The Pirelli Collezione range has been created to offer the vintage car market tyres that perfectly respond to the degree of historical accuracy sought by the most demanding and passionate collectors. The vintage car market is a sector that has expanded enormously at the international level. Pirelli’s affiliation as a global partner in the Fédération Internationale des Véhicules Anciens (FIVA) only underscores the importance of an approach based on sound historical principles.

The philosophy of the Pirelli Collezione is as simple as it is powerful: the idea is to create tyres that are identical to their historical predecessors – and thus perfectly in line with the vehicles they are made for. At the same time, their construction and materials need to guarantee the levels of quality and safety that can only be given by modern technology. It is not just a matter of reproducing a tread pattern or vintage-style lettering: Pirelli Collezione products also adopt the construction methods – such as the cross-ply casing of the historic Stella Bianca – using special machines that have been recreated based on the original know-how. This approach is backed up by the vast collection of data in the Group’s Historical Archive at the Pirelli Foundation in Milan, which has been used for studying and designing new sizes and models for the Collezione range. Being able to work from historical documents means that Pirelli Collezione can now offer collectors tyres such as the Stella Bianca and the Stelvio from the 1950s, as well as the Cinturato CA67, CN72, CN36 and CN12, which helped write the history of motoring in the 1960s. It takes us through to series that are more recent but already considered as classics, such as the ultra-low-profile P7 and P5 – requested by Jaguar – or the P Zero Rosso in the early 2000s made specially for Porsche.

The Historical Archive of the Group contains tens of thousands of test specifications generated by the Tyre R&D Department throughout the twentieth century. But there is more, for a substantial sector – which, like the others, is open to the public for consultation – consists of drawings of the machines that were used at the time for manufacturing and testing these tyres. Together with the test specifications and the drawings of the machines, there are also technical data sheets concerning the dimensions of the moulds for vulcanisation, the tread patterns, and the original lettering – size, type of tyre, company logo – printed on the side wall, providing a complete, global view of technology spanning the past eighty years. These documents have accompanied the development and evolution of all Pirelli tyres, every step of the way, ever since the early 1930s, from the great ‘families’ like the Stella Bianca and the Cinturato, through to the Corsa, for racing cars, to the experiments on Cord fabrics and the first studies into the use of synthetic rubber.

All these documents make it possible to reconstruct the relationships of cooperation that have been built up over the years between Pirelli and car manufacturers, from the initial development of the prototypes through to the definitive models for the market. By cross-referencing this technical information with the price lists, the extensive advertising collection, and more than three hundred original airbrush drawings, which are now preserved in the Historical Archive, it is clear to see how it has been possible to reproduce vintage Pirelli tyres that are absolutely accurate in historical terms, while naturally guaranteeing the safety standards offered by modern technology.

This was the case, for example, for the reconstruction of tyres for the Lamborghini Miura, which is still considered to be one of the most beautiful cars ever made in the long history of automobiles. In 1967, the Lamborghini Miura became one of the very first cars to adopt the High Speed Cinturato, which enabled it to reach the momentous speed of 240 km/h. It is now available in the Pirelli Collezione range as the final outcome of a long process of experimentation, which started with the first sizes of the Cinturato CN72, for sports cars, later evolving into the CN73 – the first low-profile, wide-section model – and ending with the Series 60 rear-axle version of the CN12 introduced in 1971 for the Miura P400.

Another example of how the documentation in the Historical Archive has helped develop the Collezione range can be seen in the project to create a new edition of the Pirelli Stella Bianca tyre. This was used in 1950 on the Alfa Romeo 1900 as a so-called “conventional” tyre with a cross-ply casing (the radial Cinturato was yet to come). Here it was possible to retrace the approach stages, as it were, to the definitive model by reconstructing the history of the experiments on different tread patterns for the low-pressure Aerflex tyres and examining drawings for the vulcanisation mould. Then it was time to examine the price lists of the period as well as advertisements in Pirelli magazine, which in 1950 stated that all Alfa Romeo 1900s were fitted with Pirelli tyres as standard. 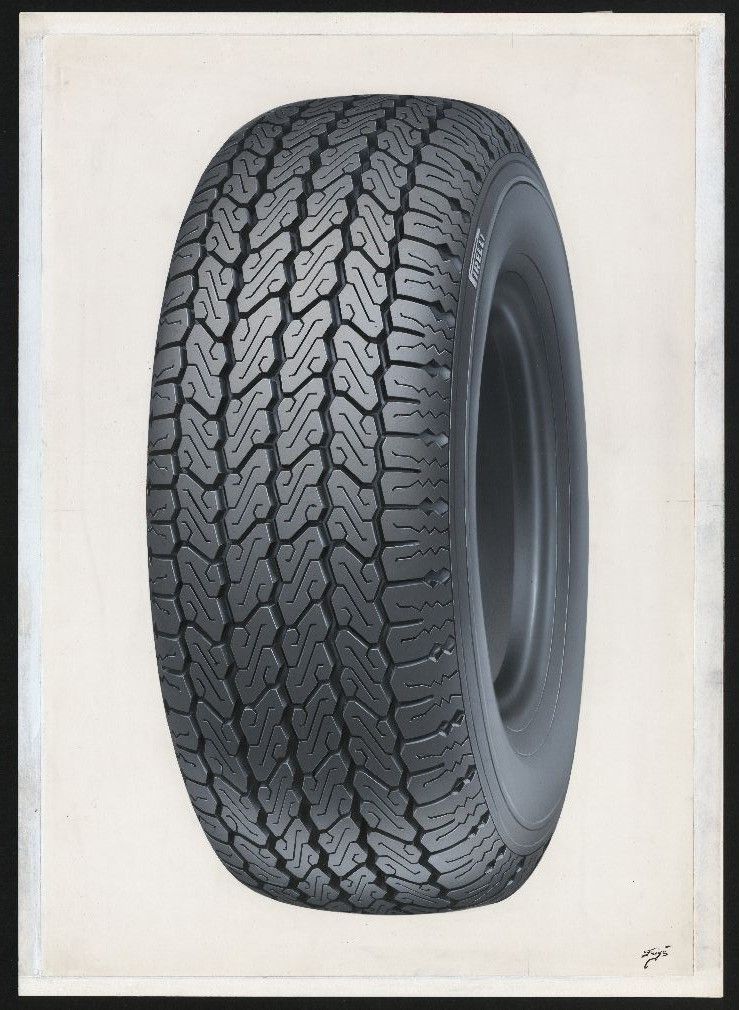