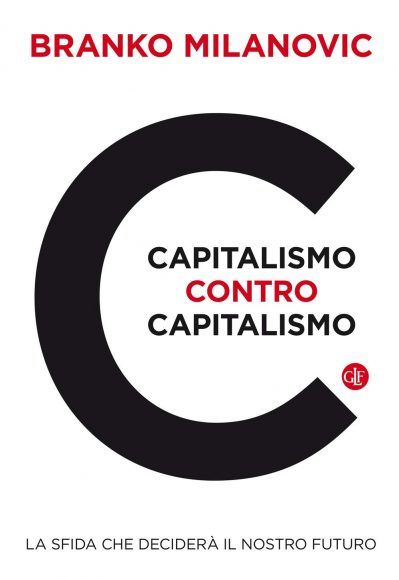 A book by Branko Milanovic, which has just been published in Italy, summarises the history and future of the current approach to the organisation of production

Understanding the context in order to act in a better, more effective manner: this is one of the fundamental tasks of any shrewd entrepreneur or good manager. It’s certainly nothing new, but it nonetheless always bears repeating, making use of tools that, from time to time, might come in useful. This is the case with “Capitalismo contro capitalismo” (Capitalism, Alone), a book written by Branko Milanovic and recently published in Italy.

The volume covers five chapters, and compares the two types of capitalism in operation in the world today: the “liberal-meritocratic” system seen in the West, and the “political” version of China in particular. A kind of world dominance by these two forms of organisation of production, which the author attributes to a single reason: capitalism works, it produces prosperity and gratifies the human desire for autonomy. Milanovic, however, immediately points out the cost of all this, driving the “pursuit of material success as the only goal”. Not to mention the lack of any form of “guarantee of stability”.

As such, a considerable chunk of Milanovic’s book is devoted to an in-depth examination of the characteristics of the two forms of capitalism, as the author draws upon his twenty years of experience as head economist in the research department of the World Bank.

But Milanovic’s book is more than this. Indeed, he attempts to answer a crucial question: now that capitalism is the only system that governs us, what are the real prospects that can provide humanity with greater fairness and equity and promote the sustainable growth of the planet?  Milanovic’s answers are not necessarily those one might expect, and begin with the irreplaceable role of the choices that the “human system” will be called upon to make. The author then goes on to outline the possibility of achieving a “popular or egalitarian capitalism”.

Milanovic’s book has the enormous merit of having been written and translated in clear, transparent language, despite the fact that it deals with complex and important issues, not only for the production system but also for anyone who wants to gain a better understanding of the world in which they live and work.