Ferrari F40:
The Birth of a Legend 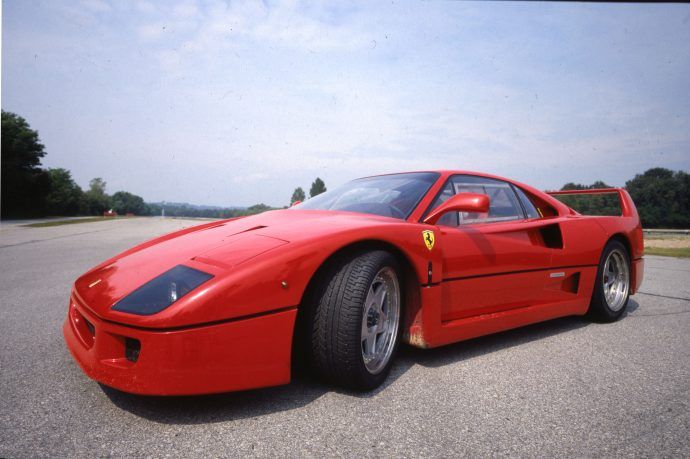 The Ferrari F40, an authentic legend in the history of the Prancing Horse and of motor racing, was unveiled in Maranello on 21 July 1987. Named to celebrate the fortieth anniversary of the marque, the F40 was a distillation of innovative technologies such as the aeronautical-derived tank, the Plexiglas windows and the use of fibreglass, and Kevlar – a synthetic fibre with an exceptional mechanical resistance to traction – for the chassis and bodywork. And, especially, it sported the revolutionary Pirelli P Zero tyres, which were innovation in its purest form: they were originally created for the Lancia Delta S4 for rallying but then immediately adopted in a road version for the Ferrari Berlinetta, which was capable of developing close to 500 horsepower. The ultra-high-performance Pirelli, with its asymmetrical tread pattern and its futuristic internal structures, is a tyre that can support speeds well in excess of 300 km/h and acceleration from 0 to 100 km/h in 4 seconds.

Although it was a road car in all respects, the sporting aspirations of the F40 were immediately clear and indeed only a very small number were made, many of which were considered to be at the prototype level. F40 LM versions were then built, to compete in the American IMSA championship and at Le Mans, and Competizione/GTE models were designed for touring-car championships in general. The Ferrari F40 appeared on roads and tracks throughout the world in all manner of models and colours. But only one version was destined to remain forever in the annals of automobile history: the flaming red supercar mounted on 17-inch Pirelli P Zero tyres that was unveiled on 21 July 1987 in the presence of the founder, Enzo Ferrari.

A legend of power, design, and speed.