Bertone and Pirelli: Style and Design “Made in Italy” 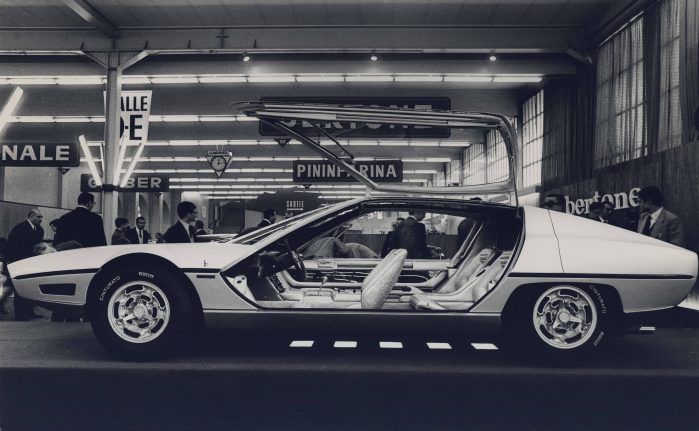 The exhibition Concept Cars: Nuccio Bertone. One Hundred Years of Italian Style – Coupé Models opened on 30 June at the Museum of Architecture and Design in Yekaterinburg, Russia, sponsored by Pirelli and curated by the architect Enzo Fornaro. The exhibition, which will remain open to the public until 30 August 2021, is a tribute to Italian automotive design and to the masterpieces of the Bertone coachbuilding company, which was founded in Turin in 1912. The event celebrates the creative history of the Italian designer Nuccio Bertone and traces that of his eponymous company, which remained in operation until a few years after the death of its founder in 1997. The story is notable for Bertone’s ties with the great international car manufacturers, for which he designed supercars with top-of-the-range, high-performance Pirelli tyres.

The exhibition, which includes original drawings and prototypes of cars together with iconic vintage models, could therefore hardly be without a selection of materials from our Historical Archive. Starting with pictures of the unveiling of the Lamborghini Miura at the 1966 Geneva Motor Show: an exceptional prototype with Bertone bodywork, for which Pirelli created a special size of its world-famous Cinturato. Also the prototype of the Lamborghini Marzal, with Bertone bodywork designed by Marcello Gandini, was fitted with Pirelli Cinturato tyres. The car was unveiled at the 1967 Geneva Motor Show. The Bertone-bodied Iso Grifo and the Lamborgini Miura appeared in the photo shoot made in 1970 by Gaston Jung, and the shots were then included in the advertising campaign for the Cinturato created by the designer François Robert with Centro, the in-house agency of the Pirelli Group. The technical drawings of the Pirelli CN72 tyre, of the CN12, and of the low-profile Pirelli P7 Corsa and the intermediate P7 Montecarlo tyre, designed during the 1970s, also come from our Archive. Pirelli created the P7, the world’s first super-low-profile tyre and a guarantee of success on both track and road, for the blisteringly fast Lancia Stratos HF designed by Bertone. The car achieved its famous victories at the 1976 and 1977 Monte Carlo Rally with Sandro Munari – aka The Dragon – and in 1978 at the Sanremo Rally with the Finnish driver Markku Alén. In the 1980s, the low-profile Pirelli Serie Larga tyre appeared on the supercars in Agenzia Centro advertisements, and the Bertone-bodied Lamborghini Countach Anniversary took centre-stage in the campaign for Pirelli original equipment.

The items on show tell the story of the Made in Italy label through the evolution of concept cars and their original equipment, featuring designs that are always remarkable for their elegance and innovation. These are features that make Pirelli and Bertone two brands of absolute excellence, famed the world over. 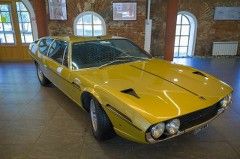 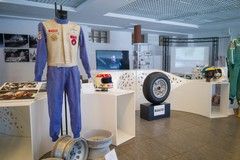 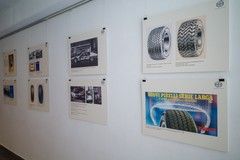 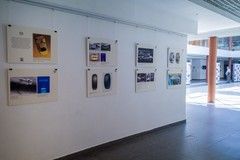 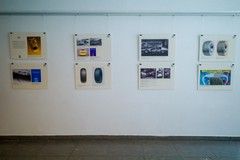