The Birth of an International Company 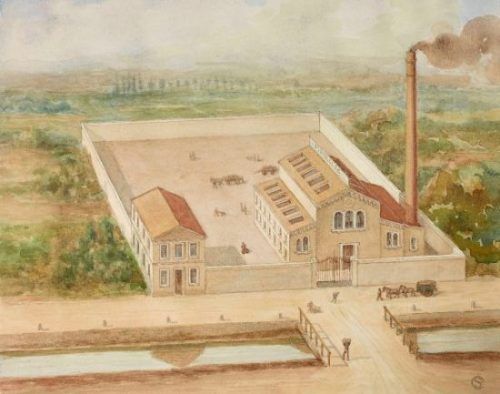 Today Pirelli celebrates its one-hundred-and-forty-seventh birthday: on 28 January 1872 Giovanni Battista Pirelli signed the deed of incorporation of the limited-partnership company G.B. Pirelli & C., in Milan. And yet the origin of the company also had international ramifications, for in March 1871, the newly graduated engineer Giovanni Battista travelled through the valleys of Switzerland and jotted down in his diary some aspects of the country he was visiting: “The institutions and the character of the people combine to protect and generate work. The manufacturer – the director – is active and diligent, and a friend of the worker, who is intelligent, industrious, and tractable… Capital and labour have found total agreement, and the beneficial consequence is harmony, love, and mutual assistance. There is much to learn from the institutions of these countries, and I hope that mine too may one day resemble it industrially.”

The Swiss Confederation was one of the countries, together with Germany, Belgium, and France, on Giovanni Battista’s “educational tour abroad”. His trip had been made possible by a 3,000-lire scholarship, awarded by the Milanese noblewoman Teresa Kramer-Berra, which he won as the best student on the industrial engineering course at the Politecnico University of Milan. He invested the money in a personal investigation of the Second Industrial Revolution, which was blossoming in some European countries, while still struggling to take off in Italy. The year-long “Grand Tour” was to help him learn how to become a modern entrepreneur, open to innovation. It seemed that the most innovative sector was that of rubber: in Genoa a few years previously, Giovanni Battista had seen the wreck of a sunken warship miraculously raised to the surface with the help of French tubes “in caoutchouc”. One of the key aims of his study trip was thus to learn about the German and French rubber industries: “I started out under this banner, but only for form’s sake, reserving the right to observe and study other things… I was interested in all industries alike.”

The engineer’s travel diary is packed with notes: sketches of mysterious machines used in weaving, meticulous descriptions of the production process of locomotives, layouts of the most advanced factories. However, the visit that proved to be decisive for his future as an entrepreneur came on 12 May 1871 in Berlin, when he visited the Voigt und Winde factory for rubber items. Rubber, at last! Because, as he had written a few weeks earlier to his friend Ettore Paladini, “after courting her in every possible manner, I’ve finally managed to have myself introduced to that bashful damsel that is the rubber industry. It happened in Mannheim. Introduction – four words – a quick tour of the rooms, and then I blurted out: I hope to see you again in Berlin.” And, after Berlin, he was in Gustave Luyckx’s rubber factory in Brussels, and then in that of Mr Casassa in Charenton, France: François Casassa reappeared in the history of G.B. Pirelli & C. as a partner, together with another Frenchman, Aimée Goulard, Pirelli’s first technical director.

Without making it over to England, the traveller returned to Milan in September 1871: it was now time to find partners prepared to get the idea off the ground. “The creation of a new industry as the brainchild of a romantic student” was the title later given to an article in Pirelli magazine.